DAMASCUS, May 29 (Xinhua) -- The Syrian Foreign Ministry on Saturday accused the European Union (EU) of being a "partner in the unjust war against Syria," as the EU decided to renew sanctions on Syria, according to the state news agency SANA. 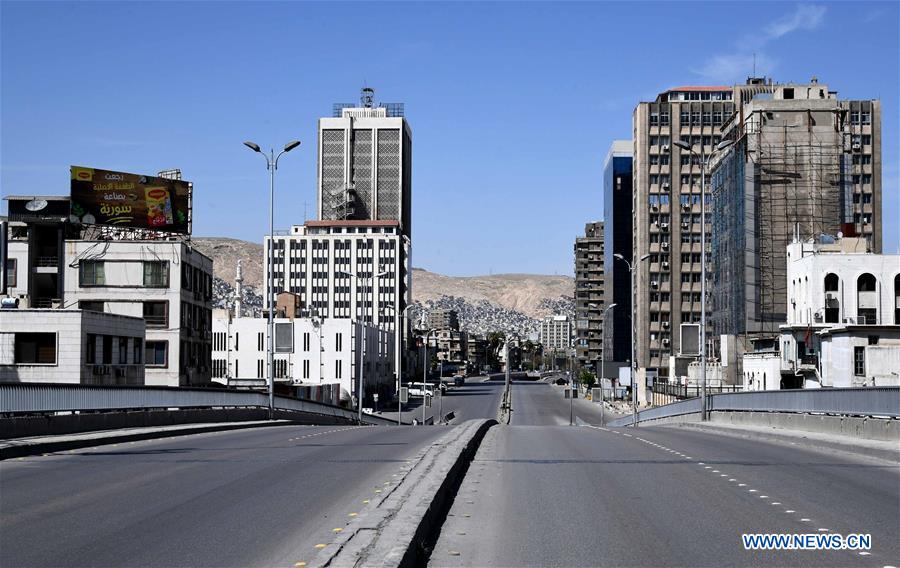 Empty streets are seen in the capital Damascus, Syria, on April 4, 2020. (Photo: Xinhua)

"Once again, the European Union proves its complete distance from reality, its full partnership in the unjust war on Syria, and its responsibility for the bloodshed of Syrians and destruction of their achievements," the ministry said.

The EU recently said it will renew its sanctions against the Syrian government for another year.

The EU sanctions were introduced in 2011 as a response to the alleged violent repression in the country. Currently, 283 individuals and 70 organizations are on the sanctions list, which includes a ban on entry to the EU and a freeze on European assets. The EU also has a ban on oil imports from Syria.

The EU decision comes as Syrian President Bashar al-Assad has won his fourth seven-year term in office in the presidential election.

In its statement, the ministry said the "renewal of unilateral, inhuman coercive measures against Syria... affect the Syrian citizens in their life, health, and livelihood, and constitute a flagrant violation of the most basic human rights and principles of international humanitarian law."

It further charged that the EU has lost credibility due to its "wrong approaches and its blind subordination to the U.S. policy."