DAMASCUS, Feb. 22 (Xinhua) -- A week following its capture by the Syrian army, the Damascus-Aleppo strategic highway was opened on Saturday for the travel movement between the country's south and north, according to the state news agency SANA. 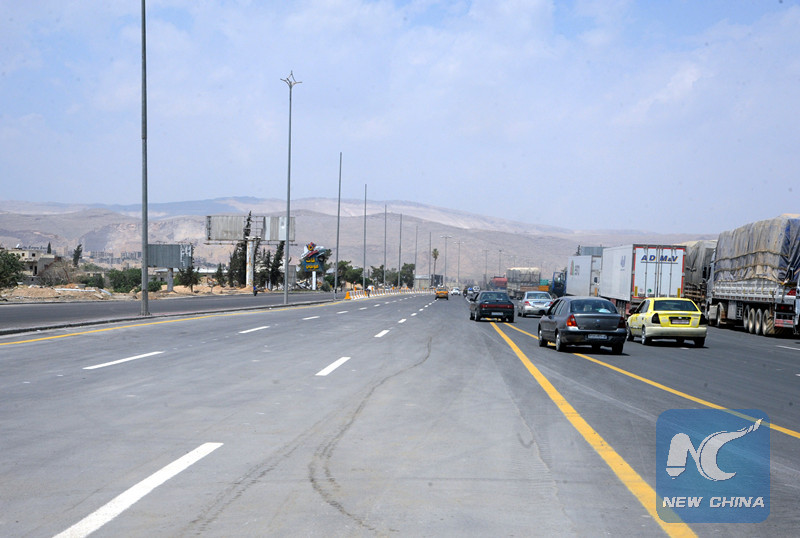 The opening of the road for travel comes after the army cleared the road and removed the barricades as well as rehabilitating the damaged part.

On Feb. 14, the Syrian army said it secured the vicinity of the Damascus-Aleppo highway, known as M5 highway, following battles against the rebels.

The declaration comes following a two-month military campaign by the Syrian army to secure the M5, locally known as the international road, in the countryside of Idlib and Aleppo provinces in northern Syria.

Capturing the road is a strategic win for the Syrian army as the road links the political capital of Damascus with the industrial capital of Aleppo.

On Feb. 15, the official media reports said the Syrian authorities started removing the rubble and barricades left by the rebels on the parts of the road that was under the rebels' control since 2012 in Idlib countryside and Aleppo's southern countryside.