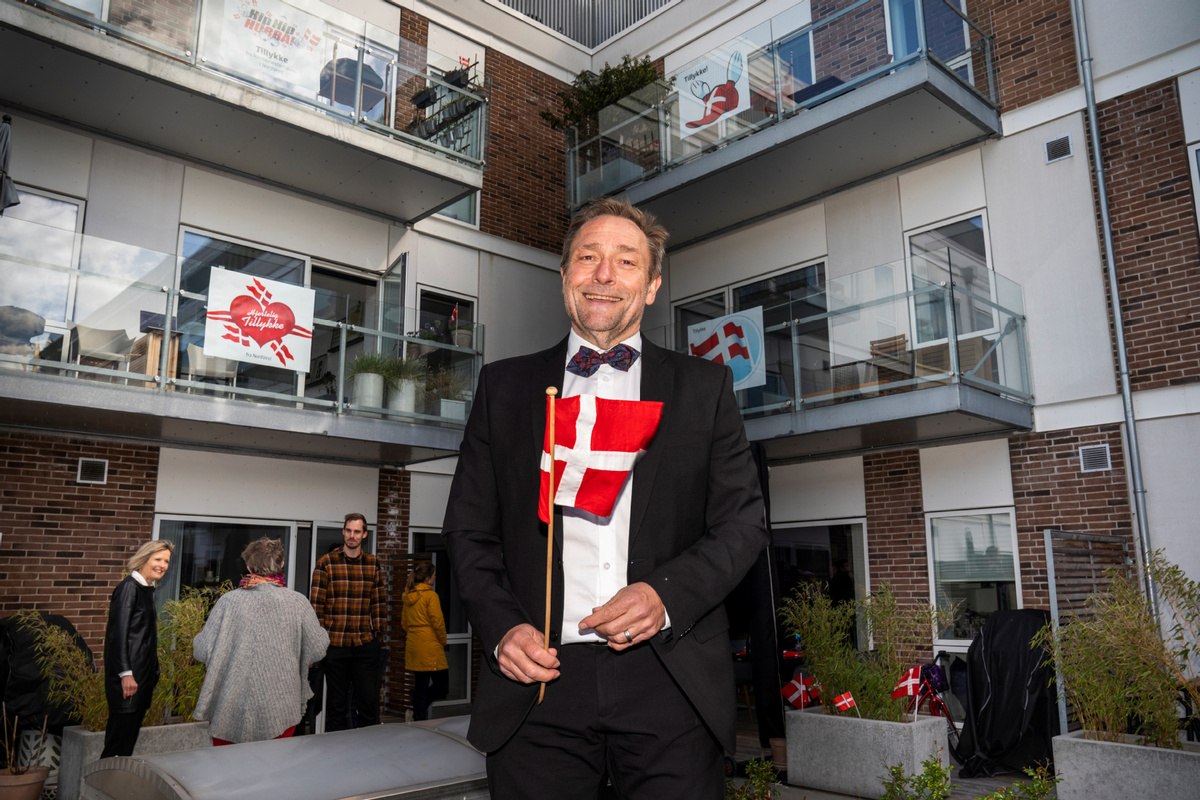 Kim Bruhn, founder of the Facebook group "Denmark sings for the Queen", holds a national flag as he marks the birthday of Danish Queen Margrethe, amid the COVID-19 outbreak, in Copenhagen, Denmark, April 16, 2020. (Photo: Agencies)

COPENHAGEN - Hundreds of thousands of Danes celebrated the 80th birthday of Danish Queen Margrethe II on Thursday by singing in chorus while keeping social distance amid the COVID-19 outbreak.

They began their singing at noon with the song "Today is the Queen's birthday," then switched to "The sun is so red mother" and "In Denmark, I was born," and ended with "Paperclip." The event was broadcast on national TV stations and livecast on Facebook.

The Queen watched the full performance from her TV room in Fredensborg Palace, some 36 km northwest of the Danish capital city of Copenhagen.

During the final song, the Queen surprisingly stepped out of the Palace, waving to some 100 attendees who were maintaining social distancing during their performance.

"I want to remember my 80th birthday as something unique, one of the most memorable. Here too, it has been found that when the crisis strikes us, we can and will unite in the community, together, but at a distance," she said at the end of her birthday celebration broadcast.

The event came after the Queen's annual birthday celebrations, including her carriage ride through Copenhagen and her grand birthday party at Fredensborg Palace, were cancelled amid the COVID-19 outbreak.

Earlier this month, the Queen made a "special request" in a press release to her subjects not to send traditional bouquets to her, but to "one of the many senior citizens who are facing particular difficulties during this time."