WORLD Danes vaccinate 100,000 people in a day to test system

Danes vaccinate 100,000 people in a day to test system

Denmark’s Health Minister declared Monday “the big vaccine day," with 100,000 people to be vaccinated in one day as officials test the system ahead of a June rollout where four times as many people as that will be vaccinated each day. 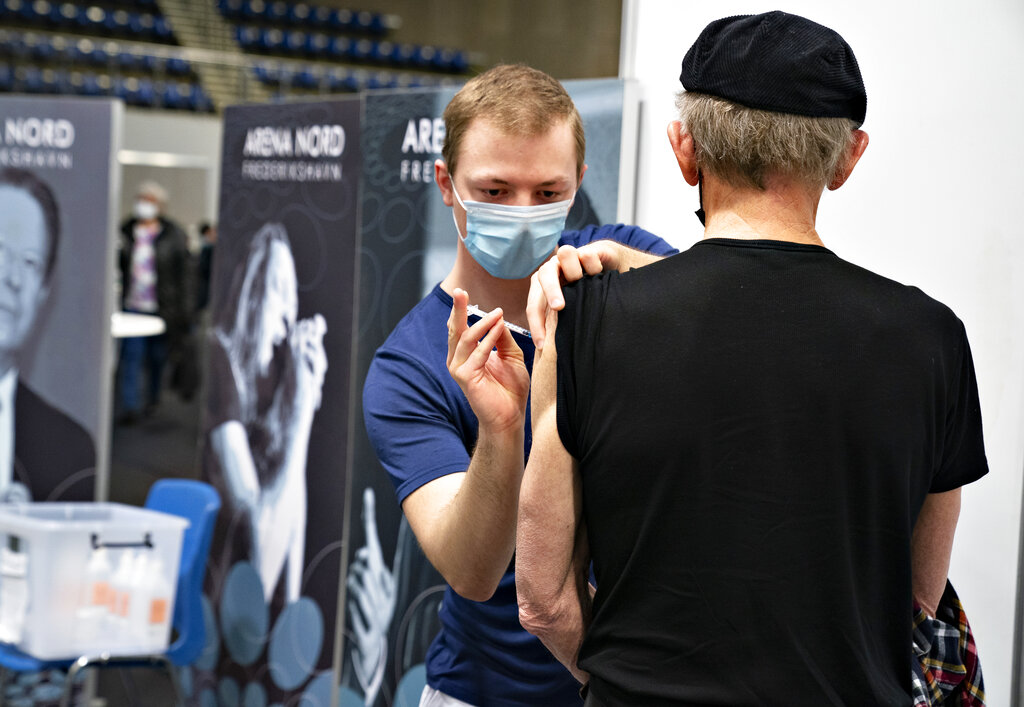 A person receives the COVID-19 vaccine as members of the Aalborg Symphony Orchestra play at the vaccination center in Arena Nord in Frederikshavn, Jutland, Denmark, Monday April 12, 2021. (Photo: AP)

The shots will be given in 68 inoculation centers across the country of nearly 6 million. The number will be lower Tuesday.

Minister Magnus Heunicke said Danes will “set a new record,” and urged people to arrive on time and have high spirits.

The bulk of the vaccination will be in Copenhagen and surroundings, where one-third of the population lives.

At the Oeksnehallen exhibition center in downtown Copenhagen where makeshift vaccination booths have been installed inside the building that once housed cattle to be slaughtered, the plan is to inoculate 6,000 people.

“There will be no breaks and it will run continuously with people taking turns,” head of the Oeksnehallen vaccination center Lone Munk Andersen told broadcaster TV2. “There should not be a single booth empty.”

Soeren Riis Paludan, a professor of virology with the Aarhus University in Denmark’s second largest city told Danish broadcaster DR that when Danes get vaccinated “the basis for shutting down society will soon disappear.”