WORLD Danish government gets majority to back plan to cull minks

Danish government gets majority to back plan to cull minks

The Danish government said Tuesday that there was now a parliamentary majority behind a decision to cull the country's 15 million minks over concerns about a mutated version of the virus that has spread among the animals. 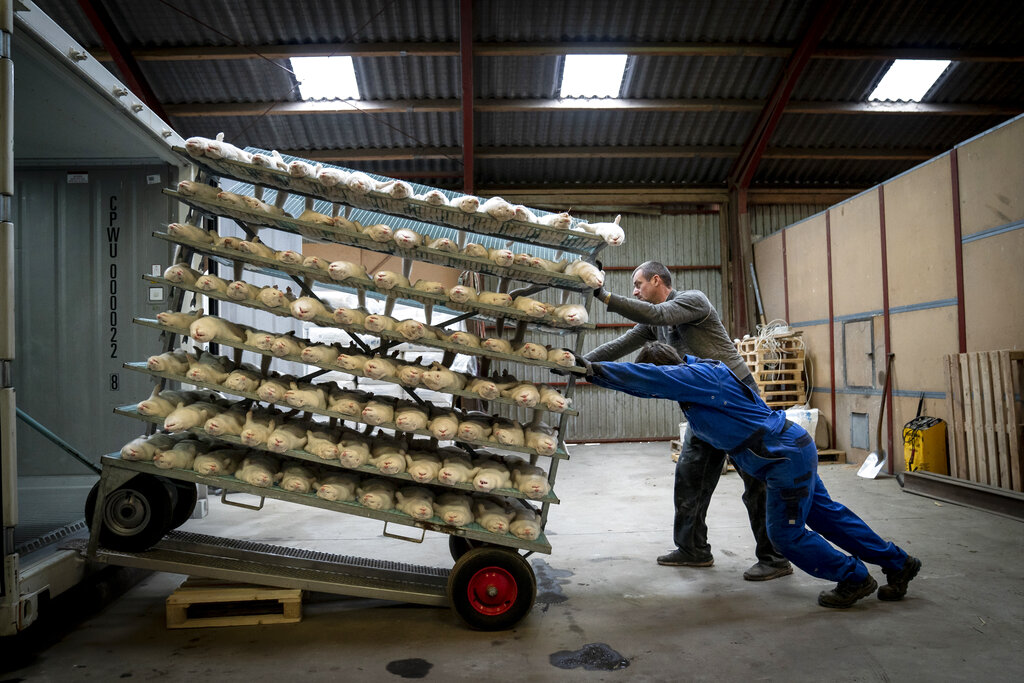 In this Friday Nov. 6, 2020 file photo, Henrik Nordgaard Hansen and Ann-Mona Kulsoe Larsen kill their herd, which consists of 3000 mother minks and their cubs, on their farm near Naestved, Denmark. (Photo: AP)

The government had announced the cull despite not having the right to order the killing of healthy animals, an embarrassing misstep that caused it to scramble to build political consensus.

The one-party Social Democratic, minority government made a deal late Monday with four left-leaning and center parties to support a law proposal that would allow for the culling of all mink, including those outside northern Denmark where infections have been found. The law proposal also bans mink farming until the end of 2021.

“There is now an agreement that will take care of that," Mogens Jensen, the agriculture minister, said parliament. "I would like to apologize to the Danish mink breeders that it was not made clear that there was no legal basis.”

It was unclear when a parliamentary vote would take place.

The mutated version of the coronavirus found among the mink can be transmitted to people, though there is no evidence so far that it is more dangerous or resistant to vaccines. Earlier this month, authorities said that 11 people were sickened by it.

The government began last month killing farmed minks in the north of the country and later announced that all minks in the country should be culled, though it did not yet have the legal basis for it.

There are 1,139 mink farms in Denmark, employing about 6,000 people, according to the industry. They account for 40% of global mink fur production and are the world’s biggest exporter. Most exports go to China and Hong Kong.