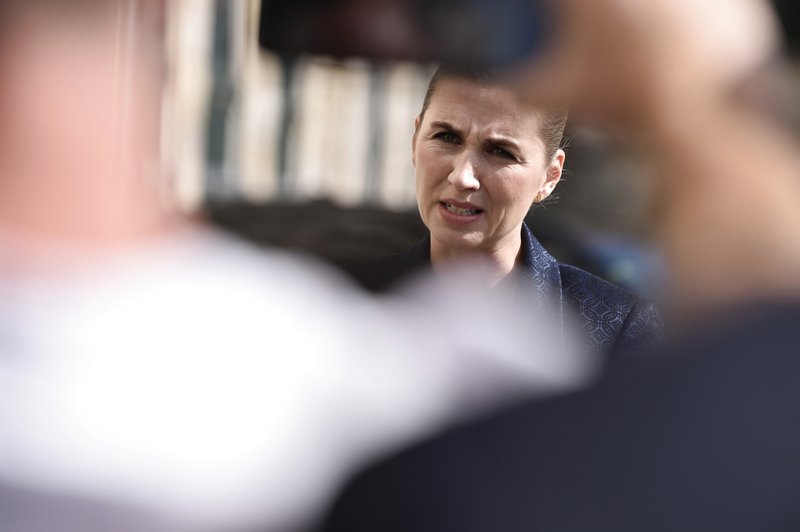 Danish Prime Minister Mette Frederiksen has had a phone conversation with US President Donald Trump amid a dispute about Greenland, her office said Friday.

Earlier this week, Trump scrapped a visit to Denmark by saying that Frederiksen was “nasty” when she rejected his idea of buying Greenland as an absurdity.

Both leaders spoke late Thursday, and Danish media reported that the call was “constructive.” Frederiksen’s office says details of the discussion won’t be released.

It is believed that it was the first time the two spoke since Frederiksen, who repeatedly has said the US remains one of Denmark’s close allies, took office June 27.

On Tuesday, Trump abruptly canceled a Sept. 2-3 trip to Denmark as part of a European tour after Frederiksen had called Trump’s idea to buy Greenland “an absurd discussion.”

She also had said that Denmark doesn’t own Greenland, which belongs to its people. The scarcely populated island is part of the Danish realm and has its own government and parliament.

The political brouhaha over the world’s largest island comes from its strategic location in the Arctic. Global warming is making Greenland more accessible to potential oil and mineral resources. Russia, China, the US, Canada and other countries are racing to stake as strong a claim as they can to Arctic lands, hoping they will yield future riches.

The sparsely populated island, which is four times zones behind Copenhagen, became a Danish colony in 1775 and remained that way until 1953, when Denmark revised its constitution and made the island a province.

In 1979, Greenland and its 56,000 residents, who are mainly indigenous Inuits, got extensive home rule but Denmark still handles its foreign and defense policies, as well as currency issues.