WORLD Dark days: Experts fear the holidays will fuel the US crisis

Dark days: Experts fear the holidays will fuel the US crisis

Hard-hit California eclipsed 2 million coronavirus cases on Christmas Eve as the U.S. headed into a holiday season of travel and family gatherings that threaten to fuel the deadly outbreak across the nation. 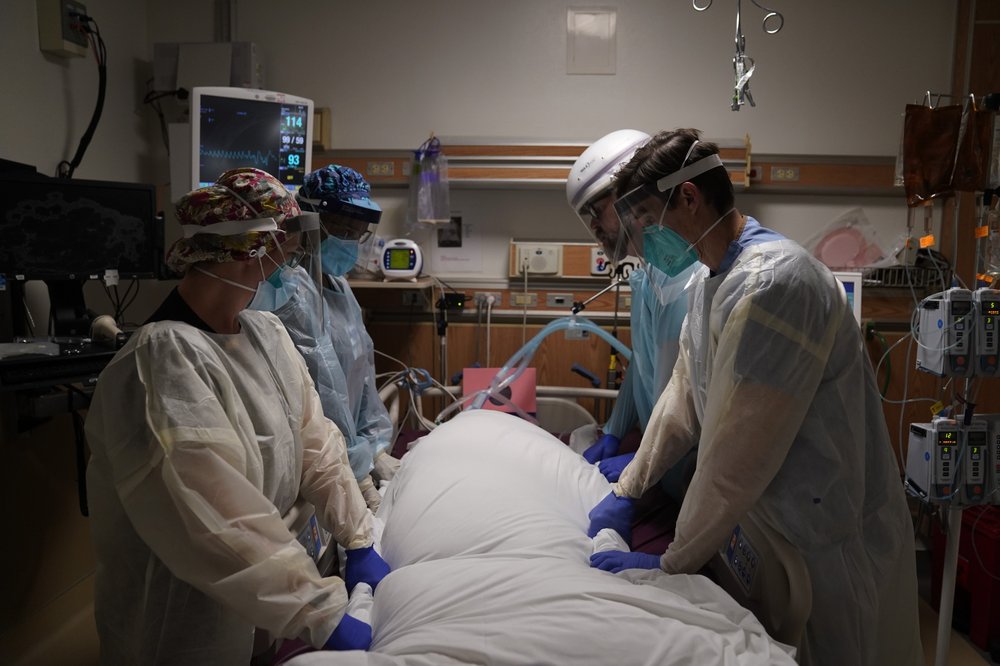 Despite warnings from public health experts to stay home, over 1.19 million travelers passed through U.S. airport security checkpoints Wednesday — down by about 40% from a year ago, but the highest one-day total since the crisis took hold in mid-March.

Airports also recorded around 1 million travelers on each of the five days between last Friday and Tuesday.

Ember McCauley, a 21-year-old nursing student at Missouri Western in St. Joseph, was headed Tuesday from Kansas City, Missouri, to Austin, Texas, to go wedding dress shopping with a cousin, who is getting married in November. She was returning home on Christmas Eve.

She said she was “kind of” anxious about traveling during the pandemic. But she added: “I feel like I eat healthy and I take a lot of precautions, like sanitizing and washing my hands and wearing my mask all the time. I feel like I will be OK, even if something does happen.”

Dr. Anthony Fauci, the government’s top infectious-disease expert, said he is particularly worried about travel between Christmas and New Year’s. Fauci, who turned 80 on Thursday, said he and his wife would be celebrating his birthday and the holidays with their children on Zoom.

Hospitals across Southern California are dealing with waves of new COVID-19 patients. (Dec. 23)

“We have a big problem,” Fauci told The Washington Post. “Look at the numbers — the numbers are really quite dramatic.”

The virus has taken more than 327,000 lives in the U.S., with over 3,000 deaths per day repeatedly recorded over the past two weeks.

“We’re in a very very difficult situation right now. People are just not paying attention to public health guidelines, and the evidence for that is in the number of people traveling for the Christmas holiday,” said Dr. Lee Harrison, a professor of medicine and epidemiology at the University of Pittsburgh.

Americans have high hopes for vaccines — officials had promised that some 20 million people would be vaccinated by year’s end. But as of Wednesday, about 1.1 million Americans had received the first dose of the two-dose inoculations, yet another disappointment in a year of many.

On Thursday, California became the first state to record 2 million confirmed coronavirus infections, reaching the milestone on Christmas Eve as close to the entire state was under a strict stay-at-home order and hospitals struggled to cope with the biggest crush of cases since the pandemic began.

California, the most populous state, has recorded more than 23,000 COVID-19 deaths. Its confirmed infection rate — cases per 100,000 people — is lower than the U.S. average, but its nearly 40 million residents mean the outbreak outpaces that of other states in sheer numbers. More than 18,000 people are in the hospital, and many intensive care units are filled.

Nurses are exhausted, terrified of what’s next and angry at those who ignore pleas to stay home and stay safe.

“I wish they could just walk down our unit for a day and look at the faces of some of these patients,” said Holy Cross nurse Jenny Carrillo, her voice breaking.