WASHINGTON, July 22 (Xinhua) -- Earth has just experienced the hottest June on record, according to data released by a U.S. agency. 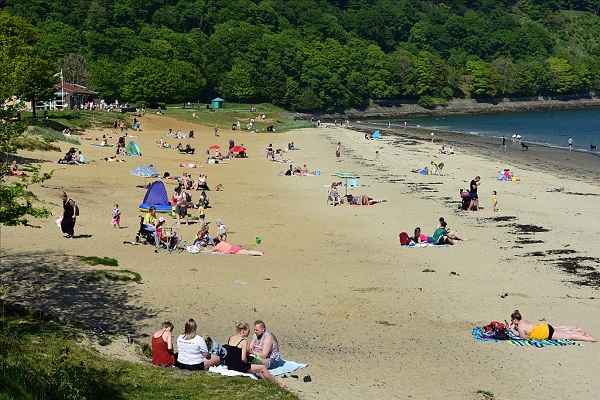 People enjoy the sunshine on Silver Sands beach as Scotland records its warmest day of the year so far, on May 15, 2019 in Aberdour, Scotland. (File Photo: VCG)

The average global temperature in June increased by 1.71 degrees Fahrenheit, or by 0.95 degree Celsius, compared with the 20th-century average of 59.9 degrees Fahrenheit (15.5 degrees Celsius), making it the hottest June in the 140-year record of the U.S. National Oceanic and Atmospheric Administration (NOAA).

The NOAA global temperature record released on Thursday showed that not only Europe has its warmest June on record, Africa, Hawaiian region and South America also have the highest June temperatures.

Many regions including South America, eastern Asia and western Canada have experienced their hottest first half of the year, according to the NOAA.

The agency also warned that Antarctic sea-ice coverage was brought to a new low by the high temperatures in June, which is the second month in a row.

The heat wave across European and American continents has been in the spotlight recently, as weather forecasts warned of extreme heat this week across North America and Europe.