French commuters and tourists braced for a fifth day of public transport chaos Monday as the government prepared to respond to widespread anger over pension reform that has sparked open-ended walkouts. 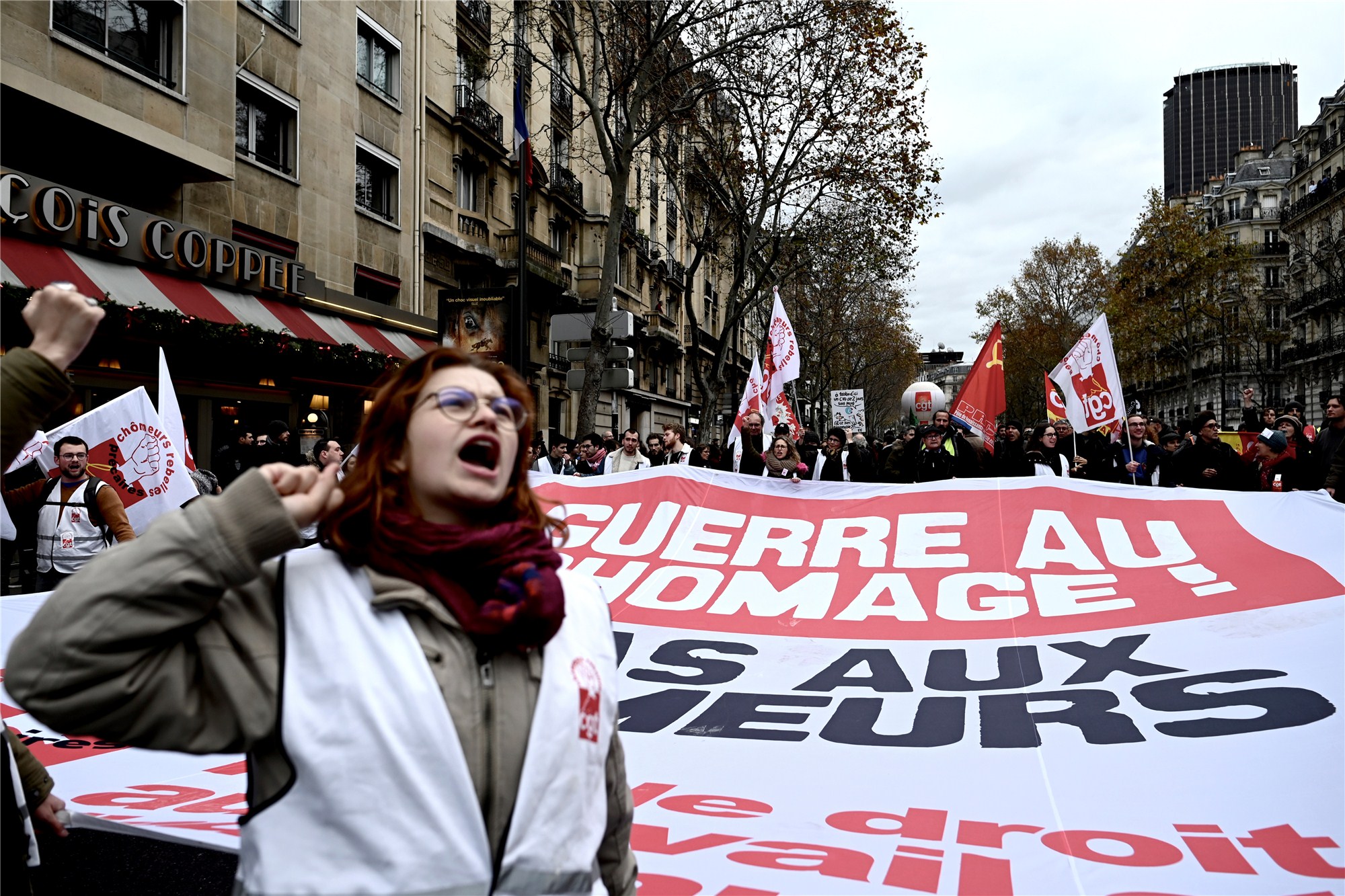 As both the government and unions vowed to stand firm, businesses started counting the costs of the strike which began last Thursday when some 800,000 people took to the streets across France in a mass rejection of plans to introduce a single, points-based pension scheme, unifying 42 existing plans.

Many people opted to take days off or to work from home, but thousands had no choice but to squeeze into perilously overcrowded suburban trains and metros whose numbers were slashed to a minimum.

The biggest labour unrest in years came as France's economy is already dented by more than a year of weekly anti-government demonstrations by so-called "yellow vest" activists protesting unemployment and waning spending power.

Many are opposed to Macron's plans for putting the country on a solid economic footing, of which the retirement overhaul forms a major part.

Business owners fear for their bottom line, with concerns over delivery of goods if the strike continues, and client numbers dwindling at the height of the Christmas shopping season.

The first day of the stoppage already caused an average 30 percent drop in sales, according to the Alliance of Commerce which represents 27,000 supermarkets and clothing and shoe stores with almost 200,000 workers.

The Union of Local Enterprises warned that prolonged unrest "could be fatal for many" small businesses.

A hotel association said reservations in the larger Paris region dropped by 30-40 percent on the first day of the strike.

But it was not only local travel that was affected. Regional and international trains, including the Thalys and Eurostar, were also hobbled by the unrest, and several flights were cancelled on the first days of the strike.

The chaos was set to continue on Monday, with the three main rail unions calling for industrial action to be stepped up ahead of another general strike and mass protests on Tuesday.

"In the coming days, we recommend avoiding public transport," said the website of the RATP train, tram, bus and metro company on which some 10 million passengers in larger Paris area rely daily to get to work.

Trains connecting the suburbs to the centre of Paris will only have a third to half of the normal number of trains running at peak hours Monday, the company said.

Ten out of the RATP's 16 metro lines will be shut, four will offer limited services, and only the two driverless lines will run as scheduled, but with a "risk of congestion" during peak hours.

All 14 metro lines that rely on drivers were closed on Sunday.

Travel will be "extremely complicated," said SNCF spokeswoman Agnes Ogier, urging commuters to make other arrangements, including carpooling. She did not expect any improvement by Tuesday.

Two-thirds to three-quarters of high-speed international trains will run as scheduled.

The capital's main roads, meanwhile, were expected to be more congested than usual as many non-striking workers opt to drive to work.

A week of conflict likely lies ahead, with Jean-Paul Delevoye, whom Macron appointed to lead the pension reform project, set to unveil the outcome of his months-long consultations on Monday, followed by Philippe announcing the final details of the proposed reform plan on Wednesday.