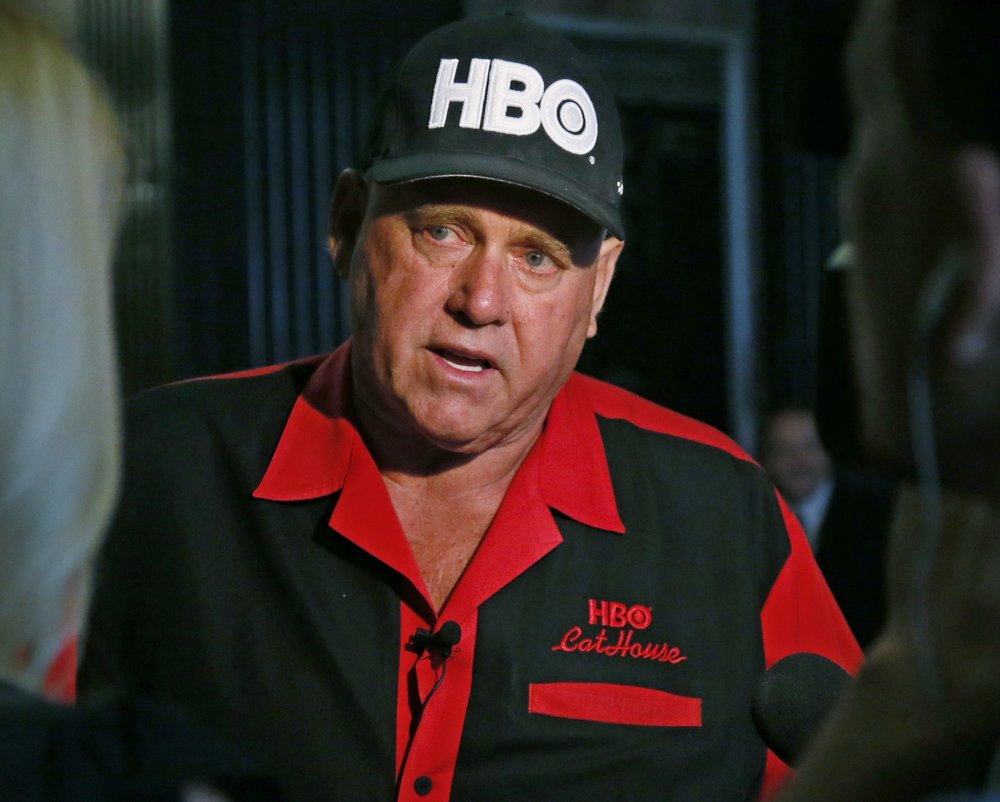 FILE - In this June 13, 2016, file photo, Dennis Hof, owner of the Moonlite BunnyRanch, a legal brothel near Carson City, Nevada, is pictured during an interview in Oklahoma City. Hof, who died last month after fashioning himself as a Donald Trump-style Republican candidate has won a heavily GOP state legislative district. Hof defeated Democratic educator Lesia Romanov on Tuesday, Nov. 8, 2018 in the race for Nevada's 36th Assembly District. (Photo: AP)

A Nevada brothel owner and reality TV star who died last month after fashioning himself as a Donald Trump-style Republican candidate has won a heavily GOP state legislative district.

Dennis Hof defeated Democratic educator Lesia Romanov on Tuesday in the race for Nevada’s 36th Assembly District, which includes rural communities and large stretches of desert in the southern part of the state. County officials will appoint a Republican to take his place in the seat.

Hof was found dead Oct. 16 after a weekend of parties celebrating his 72nd birthday. Officials are still determining his cause of death, but they don’t suspect foul play.

Hof owned a handful of brothels in Nevada, the only state that allows them to legally operate.

Hof had spent the four previous days partying with notables from the sex industry and political world celebrating his 72nd birthday.

The brothel where his body was found is where NBA player Lamar Odom was found unconscious in 2015.

About 20 brothels operate in Nevada, mostly in rural areas. They’re banned in the counties that contain Las Vegas and Reno. The state doesn’t publicize how many are open, and most owners keep a much lower profile than Hof did.

Hof ran for office in 2016 as a Libertarian but lost the race.

This year, he ran as a Republican and earned backing from Trump associate Roger Stone and tax-cut activist Grover Norquist.

He upended Nevada politics this summer when he ousted an incumbent Republican lawmaker in a primary, celebrating at an election night party with “Hollywood Madam” Heidi Fleiss.

He said an anti-brothel push and regulatory problems he faced this year were political retribution.

Nevada’s 36th Assembly District has long been a Republican-held seat.

The sprawling assembly district that touches both California and Utah and includes the Nevada National Security Site where nuclear weapons were once tested.