WORLD Deadlock in US Senate over Trump impeachment

Deadlock in US Senate over Trump impeachment

The U.S. Senate returned to work on Friday following the festive holiday – and made no progress on setting the rules for the impeachment trial of President Donald Trump. 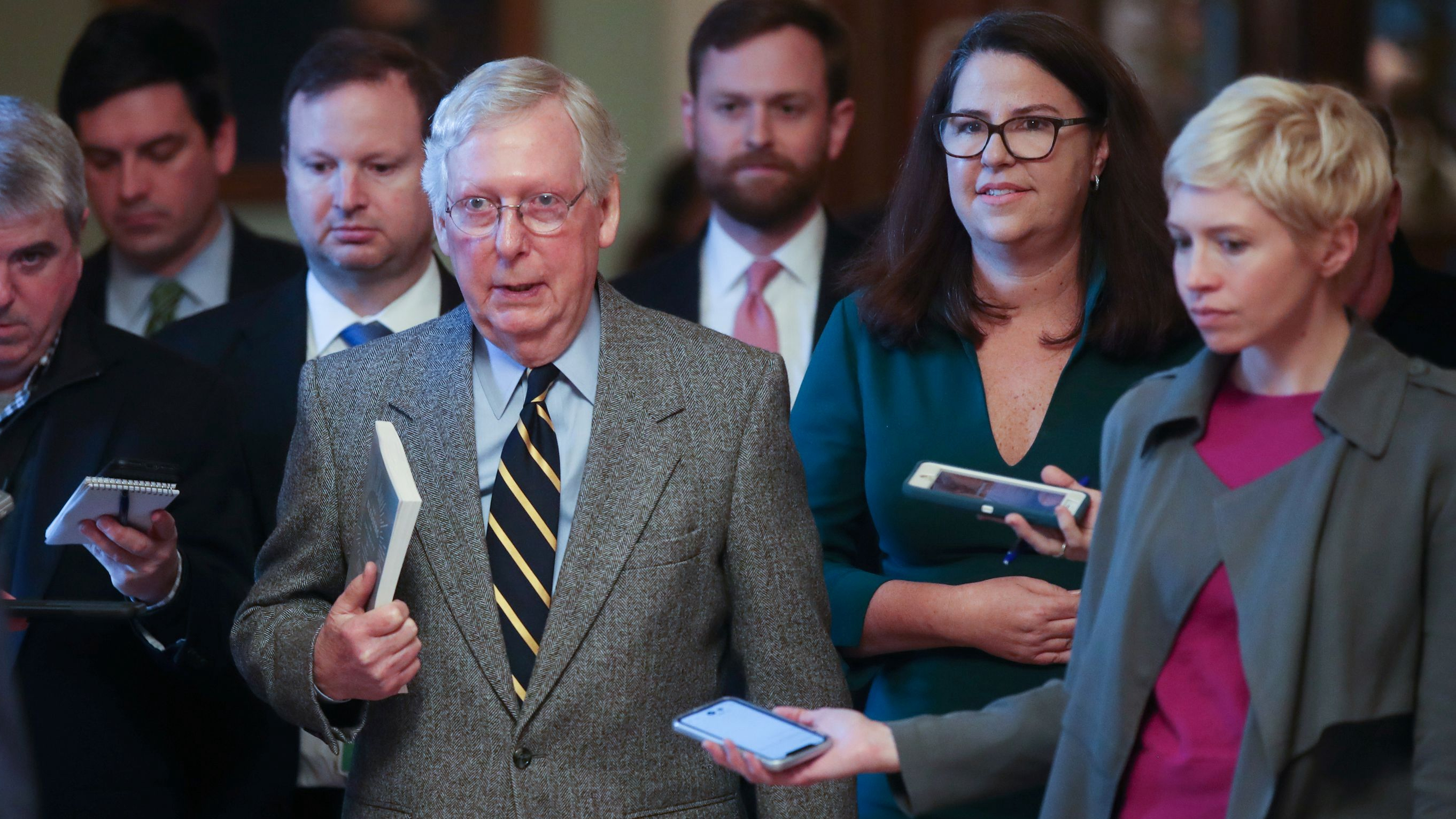 Republicans and Democrats are locked in a battle over how the trial should proceed, and neither has yet shown a willingness to compromise.

The House of Representatives impeached Trump in December on charges of abuse of power and obstruction of Congress related to his pressure on Ukraine to launch investigations that could help him politically.

Senate Majority Leader Mitch McConnell said without progress on deciding a timeline for the trial, his chamber would turn to ordinary business.

"Their turn is over, they've (House Democrats) done enough damage," McConnell said in a floor speech on Friday. "It's the Senate's turn now to render sober judgment... but we can't hold a trial without the articles."

House Speaker Nancy Pelosi has so far declined to pass on the articles of impeachment, as she seeks assurances that a trial would meet Democratic calls for fairness, including commitments to allow witnesses to testify.

Top Senate Democrat Chuck Schumer acknowledged the sides were "no closer to establishing the rules for a Senate trial than when we last met" before the break.

What do the parties want?

McConnell said he and fellow Republicans want generic rules to be voted on before senators broach the subject of witnesses and documents during the trial, as occurred during the impeachment trial of Bill Clinton.

Senate Democrats want to hear from four officials with firsthand knowledge of elements of the Ukraine scandal but who refused to testify during the House investigation.

Democrats want the initial rules to include commitments that subpoenaed documents be presented to the Senate and trial managers be allowed to call administration officials, including Secretary of State Mike Pompeo and acting White House chief of staff Mick Mulvaney, as witnesses.

"The Republican leader hasn't given one good reason why there shouldn't be relevant witnesses or relevant documents," Schumer said on Friday. "When you are accused of something, you don't suppress evidence that will exonerate you."

Republicans hold a 53-47 seat majority in the Senate and it takes two thirds of the Senate to convict. However, the threshold is lower – 51 votes – for an initial decision on the rules for the trial.