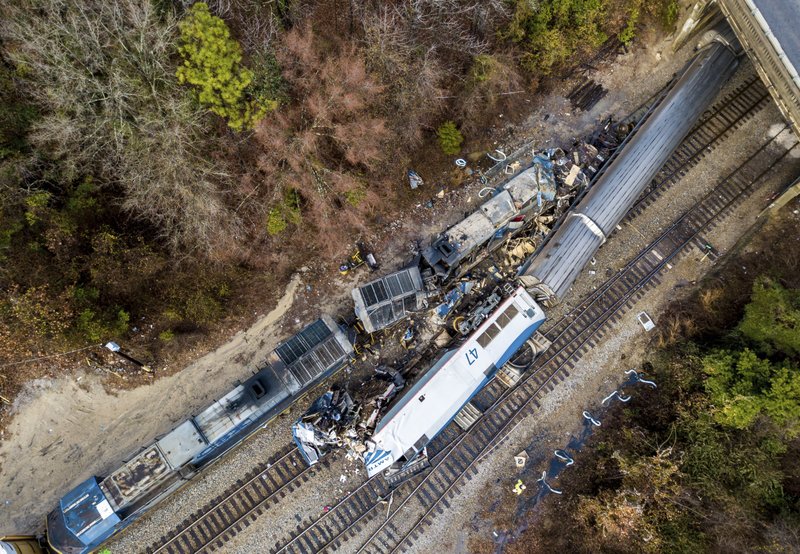 Federal safety officials ruled Tuesday yet another fatal train crash in the United States has been caused by easy-to-fix human errors.

The National Transportation Safety Board determined the crash of an Amtrak train into a parked train on a side track near Columbia, South Carolina, in February 2018 was CSX’s fault. The board blamed the company for failing to implement a safety plan during track upgrades and its engineer for not following specific steps including filling out paperwork to make sure he flipped a switch after parking the train to shift the tracks back to the main line.

The NTSB also ruled years of delays in implementing a safety system called Positive Train Control that would have automatically stopped the Amtrak train before it got to the switched track contributed to the wreck.

NTSB Chairman Robert Sumwalt said the irony of the South Carolina wreck is that to install the Positive Train Control safety system, workers had to turn off the red and green safety signals train engineers have used for decades to indicate whether train tracks have been turned off the main line.

Automation, training and checklists can all prevent wrecks caused by human errors, said Sumwalt, noting two months earlier he was saying the same thing during a hearing about an Amtrak derailment that killed three people near Seattle. That derailment occurred when an engineer didn’t realize where he was and failed to slow for a curve.

“It is time for railroads to eliminate the possibility of employees failing to perform critical tasks,” Sumwalt said.

The NTSB also made other recommendations to regulators, like adding seatbelts to train seats. Nearly 100 people were injured, many of them thrown from their seats on impact.

CSX agreed its rules and procedures were not followed before the wreck. The company said it changed some of its safety procedures and in the first half of 2019 recorded the fewest train accidents over a six month period in its history. CSX also plans to have Positive Train Control in place, tested and operational where required by the end of 2020, company spokeswoman Cindy Schild said.

“At CSX, every aspect of our operations is governed by rules and procedures designed to safeguard employees, passengers and communities. In this incident, those rules and procedures were not followed, and the results were catastrophic,” Schild said in a statement. It also promised to review the NTSB’s report and recommendations.

The NTSB’s job is to improve safety, and its conclusions cannot be used in court. The board doesn’t dole out punishments and regulators can decide whether or not to follow their recommendations.

The board though spent considerable time at its Washington, D.C., meeting discussing Positive Train Control. Sumwalt said the GPS-based technology would greatly reduce train wrecks. The control system acts as a safety check on humans to slow trains approaching curves too fast or stop engines approaching a switch that isn’t in the right place.

Congress mandated the control system in 2008 after a commuter rail crash killed 28 in California, but several deadlines requiring its installation have been delayed by the Federal Railroad Administration.

“Does anyone want to take a guess as to what FRA did on this requirement, which was 11 years ago? It starts with an N — nothing,” NTSB board member Jennifer Homendy said.

The 2018 crash joins a long list of crashes caused by human error that Positive Train Control could have prevented, including eight killed in a 2015 Amtrak crash near Philadelphia caused by a distracted engineer who didn’t slow down and the Seattle crash from December 2017.

South Carolina has its own history of disastrous train wrecks because of parked train crews failing to flip switches back to main tracks. In January 2005, a Norfolk Southern train was directed down a side track and into a parked train with chlorine tankers at a textile mill in Graniteville. The gas leaked, killing nine people.

In the 2018 South Carolina crash, Amtrak engineer Michael Kempf, 54, of Savannah, Georgia, and conductor Michael Cella, 36, of Orange Park, Florida, were killed. Investigators said they did everything they were supposed to in the early hours of Feb. 4, 2018, pulling the emergency brakes as soon as they realized they were heading down the side track.

But they could only slow the train down from 57 mph (92 kph) to 53 mph (85 kph) before impact, according to the train’s instruments.

After the crash, Amtrak required all of its trains passing through tracks without signals to go slow enough to be able to stop if a switch is out of position and report the position of the switch to a dispatcher before continuing.