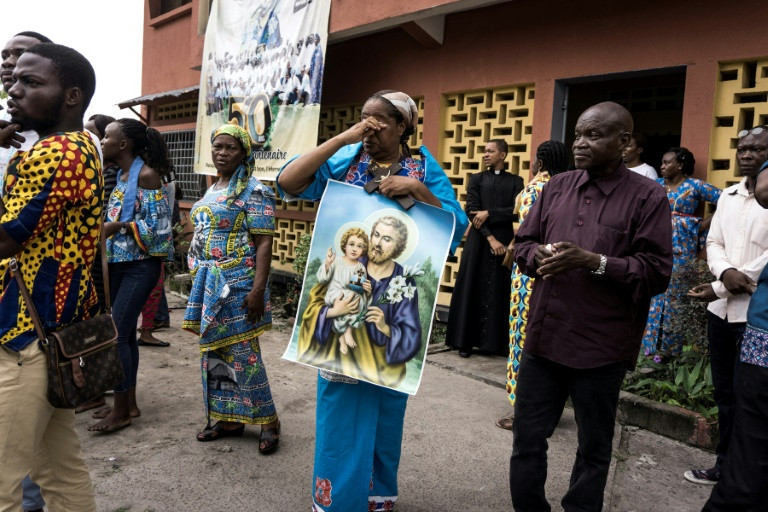 Eight people were killed Sunday and dozens arrested as security forces in DR Congo cracked down on Catholic worshippers who gathered at churches across the country to demand President Joseph Kabila leave power, a UN source said.

Despite appeals notably from the United Nations to respect people's right to protest, troops fired tear gas into churches and bullets in the air to break up gatherings at Catholic masses, in one case arresting 12 altar boys leading a protest in Kinshasa.

Internet links were also down as church and opposition groups defied a ban by authorities to push ahead with the demonstrations. 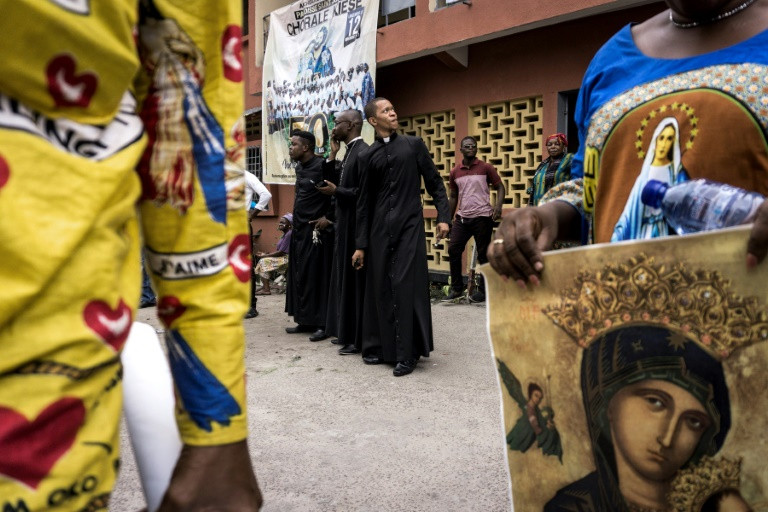 "Eight deaths -- seven in Kinshasa and one in Kananga," in central Democratic Republic of Congo, the source told AFP, adding there had been "82 arrests, including priests, in the capital and "41 in the rest of the country."

In his end-of-year speech, Kabila insisted that the recent publication of an electoral timetable for the December 2018 vote "is driving us irreversibly toward organising elections".

"I invite you to take ownership (of the voting process) and exercise your right through this process," he added in a pre-recorded speech broadcast on state television.

He also seemed to deliver a warning to protesters, urging people to remain "alert" in order to "bar the road to those who [have sought to] use elections as a pretext in recent years, and who today would be tempted to use violence, to stop the ongoing Democratic process and plunge the country into the abyss".

At least four dead were civilians in the vast, mineral-rich central African country, wracked by tension over delayed elections. A government statement said one policeman had also been killed.

"Two young people were killed in the parish of Saint-Alphonse de Matete," in the east of the country, while another died in the Masina area, police spokesman Colonel Pierrot-Rombaut Mwanamputu said in a televised statement.

An AFP reporter at a demonstration in the central city of Kananga saw a man shot in the chest by soldiers who opened fire on worshippers gathered for what church leaders said would be a peaceful protest.

The protesters were seeking a promise from Kabila that he will not seek to further extend his time in power in the mostly Catholic former Belgian colony.

Kabila has been in power since 2001. Delayed elections to replace him are currently set for December 2018.

The United Nations says dozens of people have been killed during anti-government protests this year.

Impatience boiled over on Sunday, with all the country's main opposition and civil society groups joining in the call for peaceful protests.

One army officer threatened a team of AFP reporters covering the crackdown at St. Michael's church in Kinshasa.

"If you don't clear out of here, I'll order that you be shot at," he said.

"Press, or not, no one is allowed inside. What's more, you have a white man with you -- that's a race that causes us problems." 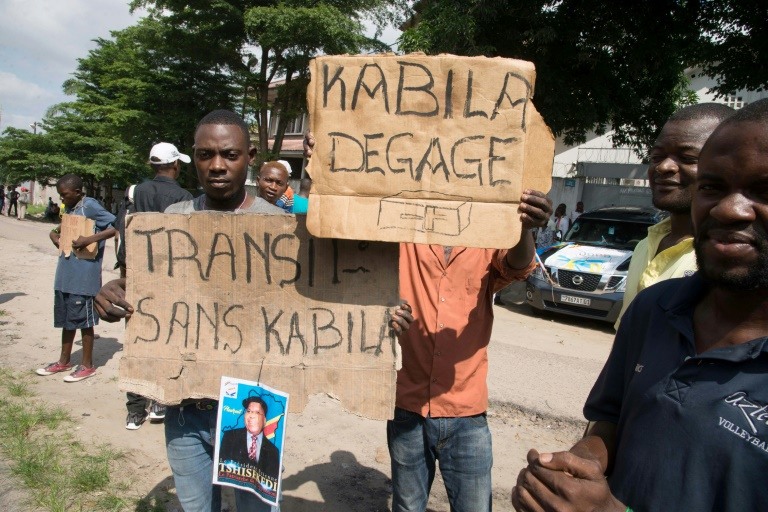 A churchgoer who asked not to be named described to AFP how officers dispersed worshippers from one mass in Kinshasa.

"While we were praying, the soldiers and the police entered the church compound and fired tear gas in the church," he said.

One parishioner who identified herself as Chantal said: "People fell, first-aiders are resuscitating old ladies who have fallen" -- but added the priest carried on saying mass.

After the altar boys dressed in their liturgical robes were detained other protesters started singing for the Virgin Mary to "make Kabila go".

The country has not had a peaceful transition of power since independence from Belgium in 1960.

Kabila succeeded his assassinated father Laurent Kabila in 2001 and refused to step down at the end of his second and final term in December 2016.

Elections had been due to take place by the end of this year under a church-mediated deal but were further delayed, outraging Kabila's opponents.

Government spokesman Lambert Mende earlier alleged that "weapons of war have been distributed" by opponents of the government.

"These destabilising acts of agitation aim to create an atmosphere of insurrection which would enable them to seize power in our country by undemocratic means," he said, citing a government report.