Japanese police have raided the home of a man suspected in a knife attack against schoolgirls and others this week that left two people dead before the man killed himself. 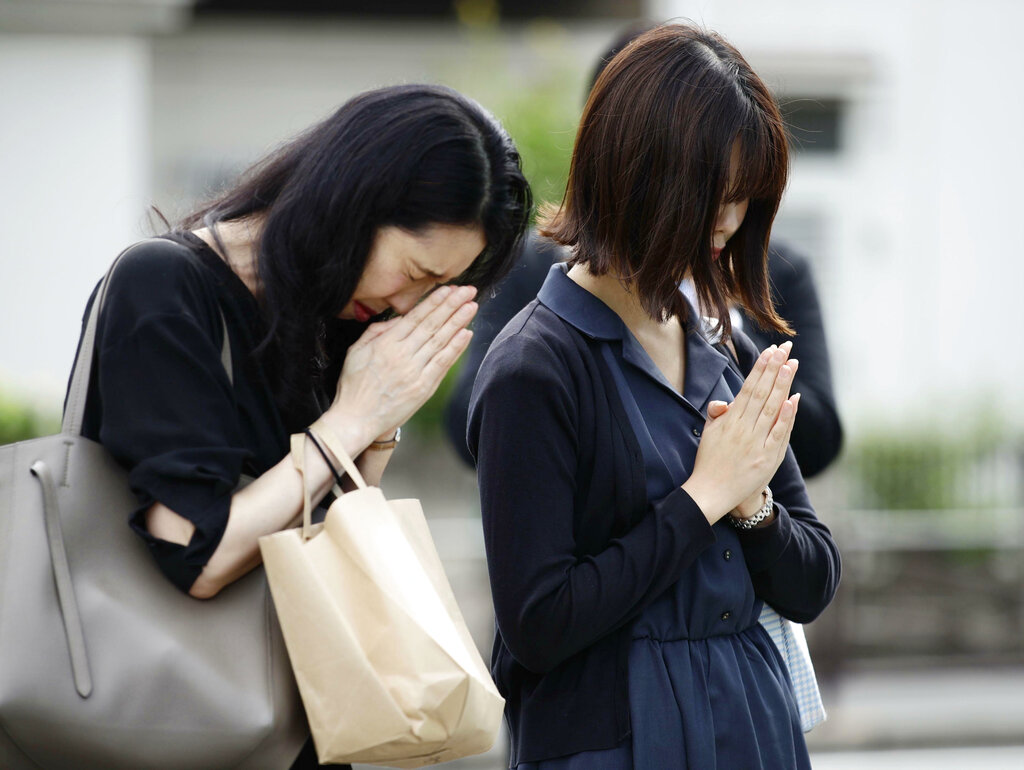 Women pray for the victims near the site of a knife attack in Kawasaki, near Tokyo Wednesday, May 29, 2019. (Photo: AP)

The attack near Tokyo on Tuesday has raised concerns about how children can be protected on their way to school.

Officials say the knife-brandishing man ran while slashing a group of schoolgirls and their parents walking to or waiting at a bus stop in Kawasaki, killing an 11-year-old girl and a 39-year-old man before fatally slashing himself. At least 17 people were injured.

On Wednesday, police raided the home of the alleged attacker, 51-year-old Ryuichi Iwasaki, in another part of Kawasaki.