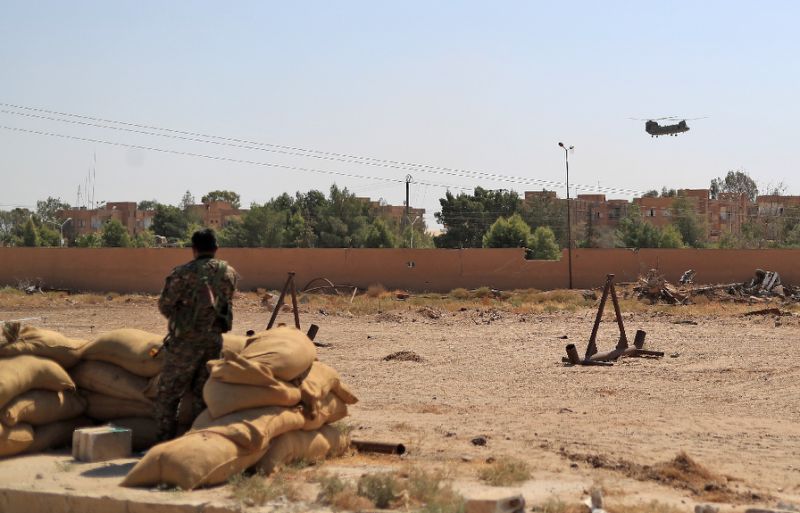 DAMASCUS, Nov. 10 (Xinhua) -- The death toll of the recent US-led airstrikes on areas in eastern Syria has risen to 41 as the Syrian Foreign Ministry renewed calls for an international investigation into the coalition's "crimes."

The Syrian Observatory for Human Rights said Saturday that 41 people were killed, including 17 children and 13 women, as a result of the airstrikes by the US-led coalition on Islamic State (IS)-held areas in the eastern countryside of Deir al-Zour province in eastern Syria on Thursday and Friday.

The watchdog group said the death toll could likely rise as result of the US-led airstrikes that targeted the town of Hajin, one of the villages in the last IS-held pocket on the eastern bank of the Euphurates River near the Iraqi border.

Meanwhile, the Syrian Foreign Ministry renewed in a statement Saturday calls on the UN to form "an independent international mechanism" to investigate the "crimes of the Washington coalition" and punish the perpetrators.

It said the coalition's attack on Hajin also wounded tens of civilians, amid ongoing strikes and a difficulty in saving people from under the rubble.

"This ugly crime lays bare the phony claims of the US about fighting terrorism as it (US) aims only to kill as many Syrians as they can and render more damage to the infrastructure in Syria," the ministry said.

Civilian casualties were reported before as a result of US-led strikes on the last IS-held areas.

The United States has been backing the Kurdish-led Syrian Democratic Forces to defeat the IS on the eastern bank of the Euphrates River near the Iraqi border.

Airstrikes on this area have recently been renewed as the Kurdish-led groups were planning a second wave of attacks on the IS after a failed attempt on Sept. 10.

The Syrian government has long questioned the intention of the US-led operations in this oil-rich area.