Death toll due to heatwave in India's Bihar rises to 92 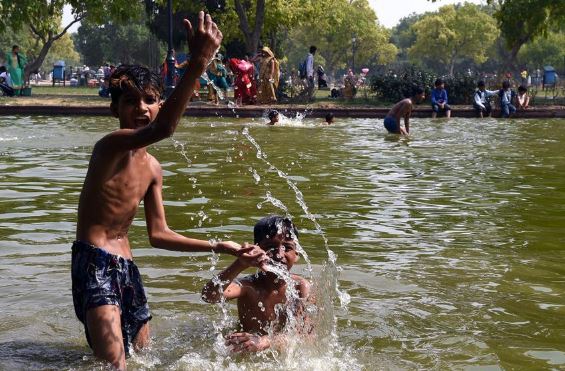 NEW DELHI, June 19 (Xinhua) -- The death toll during the past four days due to blistering heatwave that swept several places in India's eastern state of Bihar has risen to 92, local government officials said Wednesday.

The deaths have been reported from Aurangabad, Gaya, Nawada and Jamui districts.

"Due to intense heatwave that was prevalent since Saturday, so far 92 deaths have been reported," a senior official of disaster management Bihar told Xinhua. "Of these deaths, 41 were reported in Aurangabad, 35 in Gaya, 14 in Nawada and two in Jamui."

The local government has issued advisory for people in the affected districts to remain inside houses during daytime, consume plenty of fluids and restrict construction activities during the daytime.

The government has closed schools in the state up to June 22 in wake of the intense heatwave.

According to health officials most of the victims were aged above 50 years and rushed to hospitals in semi-conscious state with symptoms of high fever, diarrhoea and vomiting.

In Gaya district, the local administration has ordered a halt on activities during the daytime.

The heatwave deaths in Bihar have come at a time when the state is already battling with the child deaths due to Acute Encephalitis Syndrome (AES).

Over 100 deaths have been reported so far and another 200 children are undergoing treatment in hospitals, officials said.

Experts say the disease mostly affects children below 15 years of age and symptoms of AES are acute-onset of fever and a change in mental status - confusion, disorientation, delirium, or coma - and onset of seizures.