DHAKA, Feb. 21 (Xinhua) - At least 81 people have been killed Thursday after a devastating fire tore through a number of buildings in old part of Bangladeshi capital Dhaka. 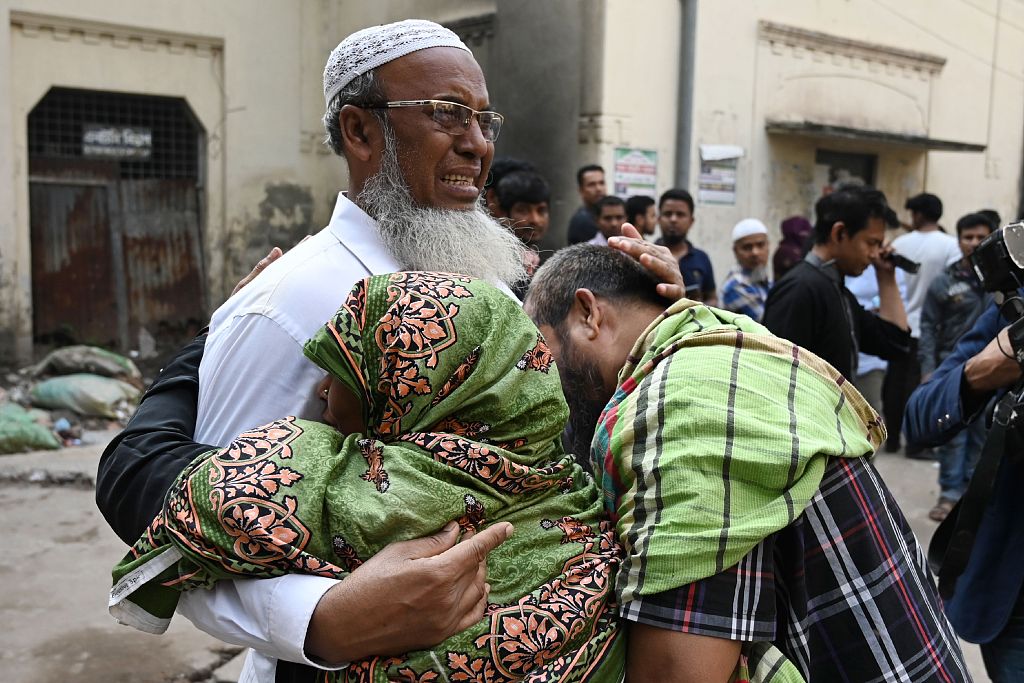 Relatives of victims who were killed in a fire mourn in Dhaka on February 21, 2019. At least 69 people have died in a huge blaze that tore through apartment buildings also used as chemical warehouses in an old part of the Bangladeshi capital Dhaka, fire officials said on February 21. (Photo: VCG)

Commissioner of Dhaka Division, KM Ali Azam, told Xinhua that they have confirmed the deaths.

Bangladesh’s fire service chief Ali Ahmed said the death toll is expected to rise. The Dailystar of Bangladesh reported that flames broke out around 10:40 pm at a chemical warehouse on the ground floor of the five-story building called Hazi Wahed Mansion. The fire then quickly spread to the other three buildings, including a community center.

This has been the second major fire to strike the capital in the last nine years after a building fire killed at least 124 people in the city in 2010.