RIO DE JANEIRO, Dec. 4 (Xinhua) -- A passenger bus plunged off a 15-meter-high bridge on Friday in a town in Brazil's southeast state of Minas Gerais, and the death toll rose to 17. 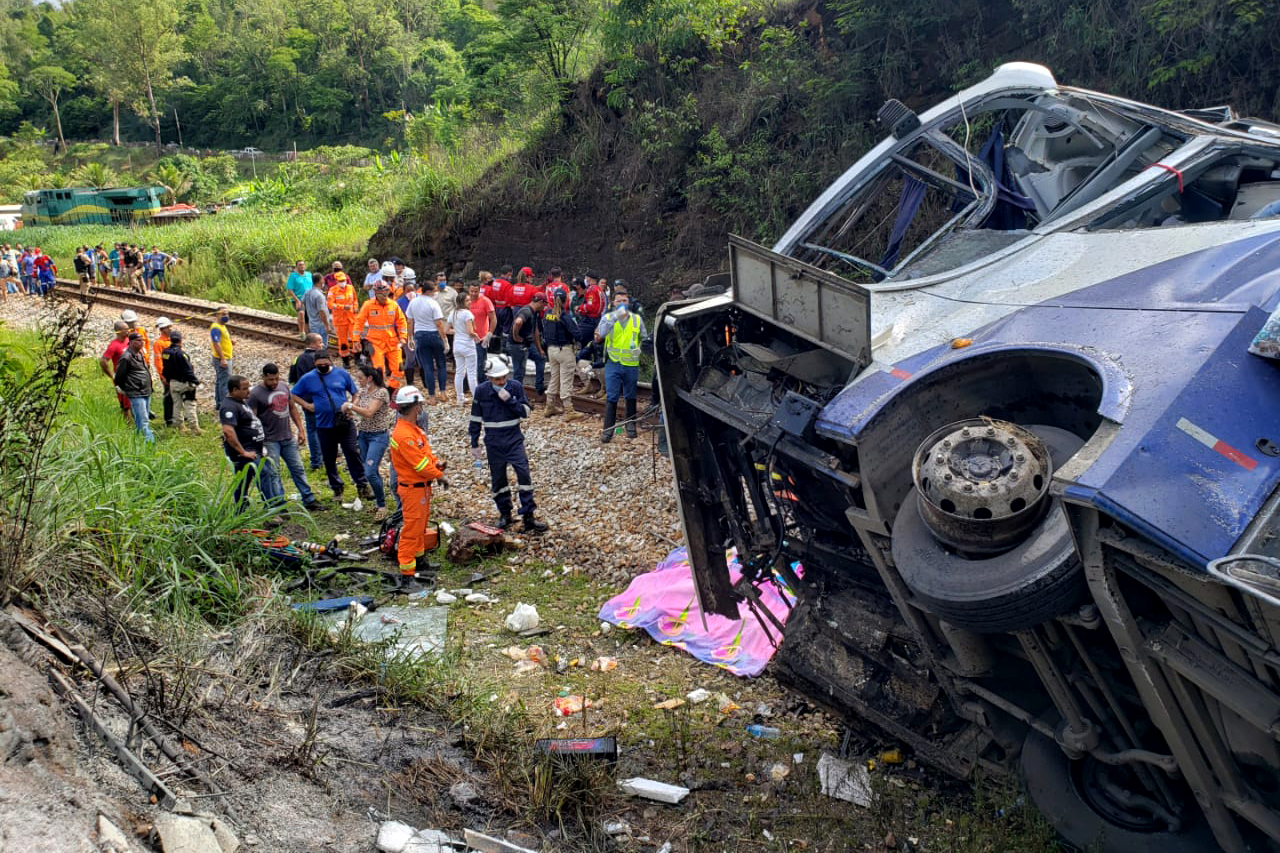 Handout picture released by the Minas Gerais Fire Department showing a bus that fell from a bridge on the BR-381 highway in Joao Monlevade, Minas Gerais state, Brazil, on December 5, 2020. (Photo: AFP)

Of the fatal victims, 12 people died at the scene of the accident and another five died on the way to the hospital, according to the latest report of firefighters.

In addition, three of 27 injured people were in serious condition.

The accident occurred at 350 km on the BR-381 highway, 114 km from Belo Horizonte, capital of Minas Gerais, said police and emergency services.

According to the Federal Highway Police, the bus veered off the bridge after turning to avoid colliding head-on into a truck, but an investigation would find the exact cause.