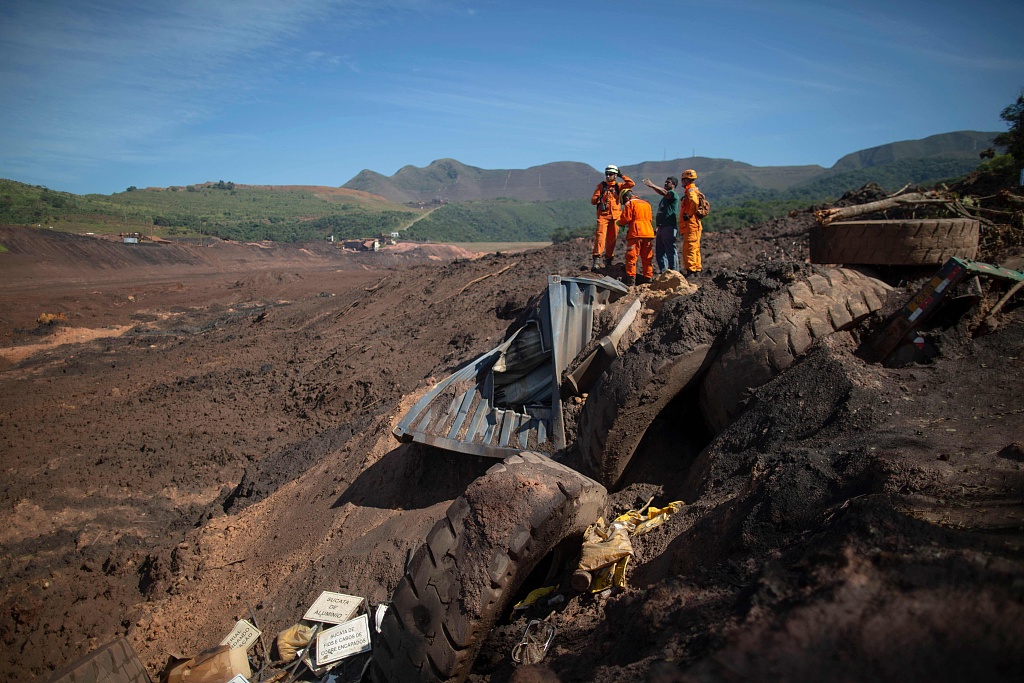 Minas Gerais Firefighters search for victims at Corrego do Feijao where a mining dam collapsed on January 25 in Brazil, on January 31, 2019. (Photo: VCG)

The Minas Gerais Civil Defense said another 105 remained missing following the Jan. 25 collapse at the tailings dam owned by the mining giant Vale.

Rescue teams, composed of firefighters, 136 military personnel and four helicopters, continue to work daily at the site in an attempt to locate more bodies. There is no end date for their work.

The catastrophe occurred on Jan. 25 when a tailings dam that contained tons of toxic waste from an iron-ore mine collapsed, burying parts of the town of Brumadinho.

The sea of mud is believed to have washed away Vale administrative offices and a cafeteria where hundreds of people were having lunch when the dam broke.