Death toll from building fire in Portugal climbs to nine 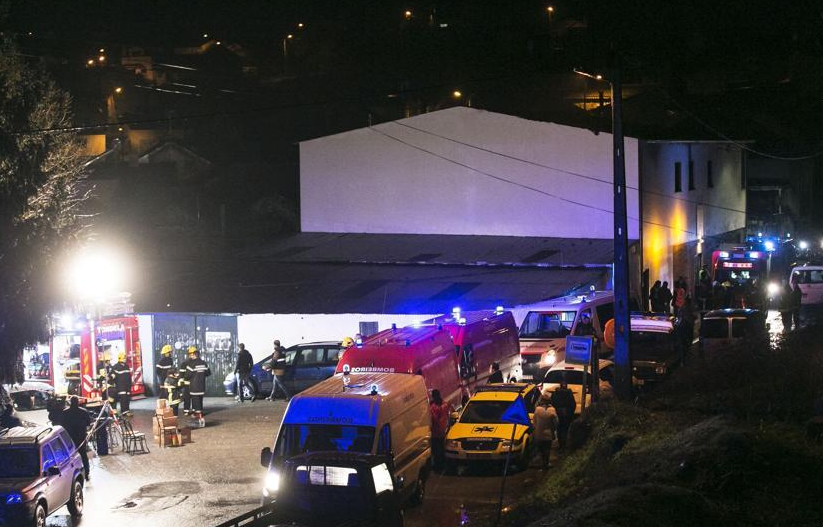 The death toll from a fire that broke out in a village community center in northern Portugal on Saturday rose to 9, local media reported on Wednesday.

According to the Jornal de Noticias newspaper, the victim's name was Jose Correia and he was 67 years old. He died in hospital in Porto.

Eight of the nine deceased were male and all were aged over 50. There are still 28 people in hospital, 16 in a critical condition.

In a more positive development, a 15-year-old girl injured in the fire has been taken out of intensive care. A source at the Dona Estefania Hospital in Lisbon told the Lusa Portuguese News Agency that the girl was recovering well and had been moved to a regular ward on Wednesday morning.

The fire occurred on Saturday night in the Cultural, Recreational and Humanitarian Association center of Vila Nova da Rainha, a village in Tondela province, 250 km north of Lisbon.