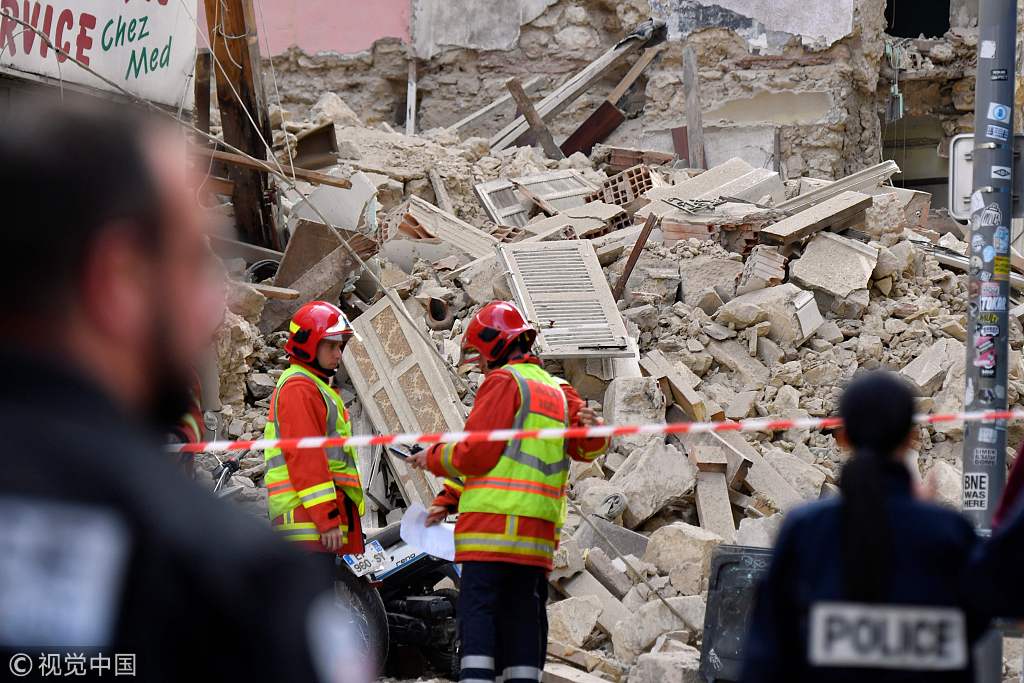 PARIS, Nov. 7 (Xinhua) -- A fifth body was found in the rubble of the two buildings that collapsed earlier this week in the French port city of Marseille, regional authorities said on Wednesday.

Emergency teams discovered the body of a man under the debris Wednesday morning, according to Marseille prosecutor Xavier Tarabeux.

Two female and two male bodies have already been found in the rubble of the buildings that collapsed Monday morning.

Three people were still missing and feared to be killed.

The cause of the collapse was not immediately clear, but one of the buildings was in poor condition and had been subject to an evacuation order. However, authorities said squatters might have been using it.

Police and rescue teams are still scambling to find survivors. Their "meticulous and delicate" operation could last several days, according to Interior Minister Christophe Castaner.