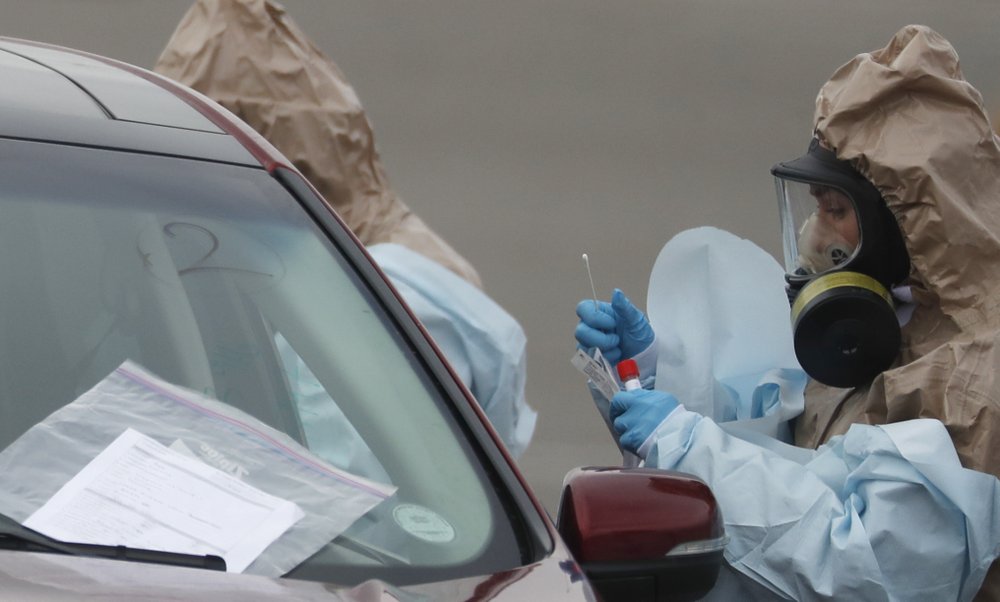 WASHINGTON, March 31 (Xinhua) -- The death toll from COVID-19 has passed 40,000 worldwide, according to the tally from Johns Hopkins University's Center for Systems Science and Engineering (CSSE) on Tuesday.

The United States has the most cases in the world, which have exceeded 170,000, while Italy, the second nation with more than 100,000 cases, has seen the most deaths, now standing at 12,428, according to the update.

In the United States, New York state, the epicenter of the nation's outbreak, has reported both the most cases and the most deaths, which have respectively topped 75,000 and 1,550.

New York Governor Andrew Cuomo, in a press conference on Tuesday, said that the state will hit the peak of its COVID-19 spread in seven to 21 days.

"This does me no good," Cuomo said. "The range is too broad."

In addition, the governor said states are bidding against each other to obtain ventilators, devices that can deliver breaths of oxygenated air to patients who are unable to breathe sufficiently on their own, saying that "it's like being on Ebay."

Anthony Fauci, a key member the White House's COVID-19 task force, said on Tuesday that they are examining whether to recommend more widespread usage of face masks to mitigate the spread of virus.

"You don't want to take masks away from the health care providers who are in a real and present danger of getting infected," Fauci told CNN's Jim Sciutto on "Newsroom."

"But when we get in a situation where we have enough masks, I believe there will be some very serious consideration about more broadening this recommendation of using masks," the nation's top infectious disease expert said. "We're not there yet, but I think we're close to coming to some determination."