The death toll from disastrous flooding in western Europe rose above 150 on Saturday as rescue workers toiled to clear up the devastation and prevent further damage. 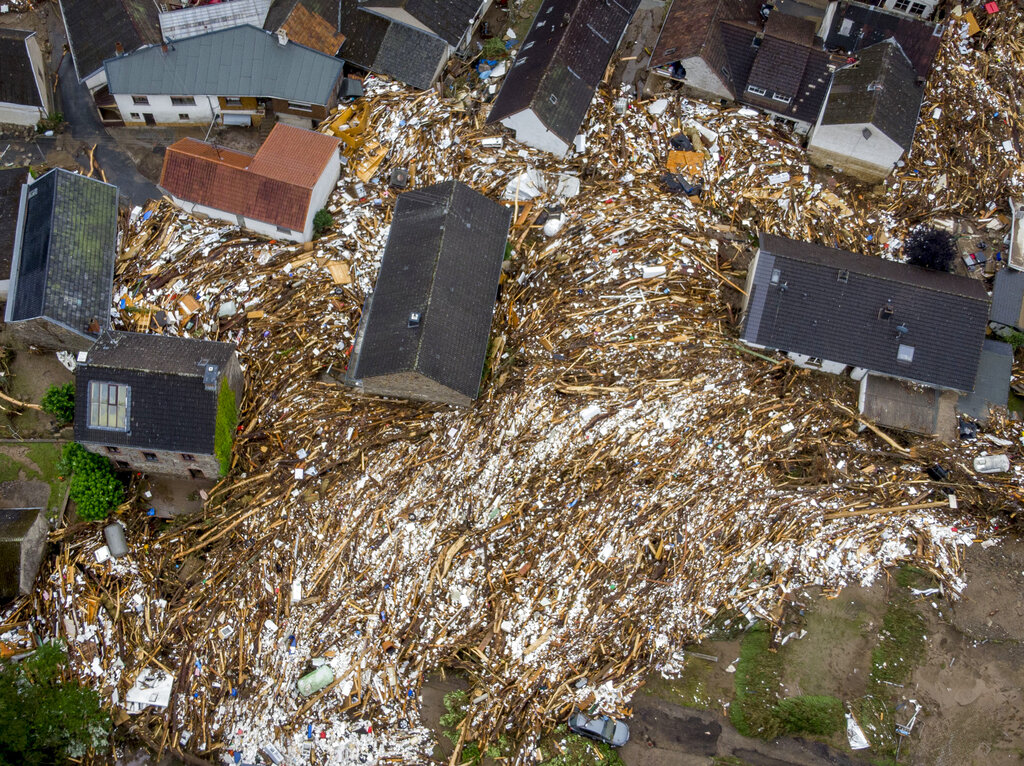 Police said that more than 90 people are now known to have died in western Germany's Ahrweiler county, one of the worst-hit areas, and more casualties are feared. On Friday, authorities gave a death toll of 63 for the whole of Rhineland-Palatinate state, where Ahrweiler is located.

Another 43 people were confirmed dead in neighboring North Rhine-Westphalia state, Germany's most populous, and 20 others were killed across the border in Belgium.

By Saturday, waters were receding across much of the affected regions, but officials feared that more bodies might be found in cars and trucks that were swept away.

German President Frank-Walter Steinmeier planned to travel Saturday to Erftstadt, southwest of Cologne, where a harrowing rescue effort unfolded on Friday as people were trapped when the ground gave way and their homes collapsed.