ANKARA, Aug. 15 (Xinhua) -- The death toll from severe floods and mudslides in the Black Sea region of Turkey has climbed to 62, the country's emergency and disaster agency said on Sunday. 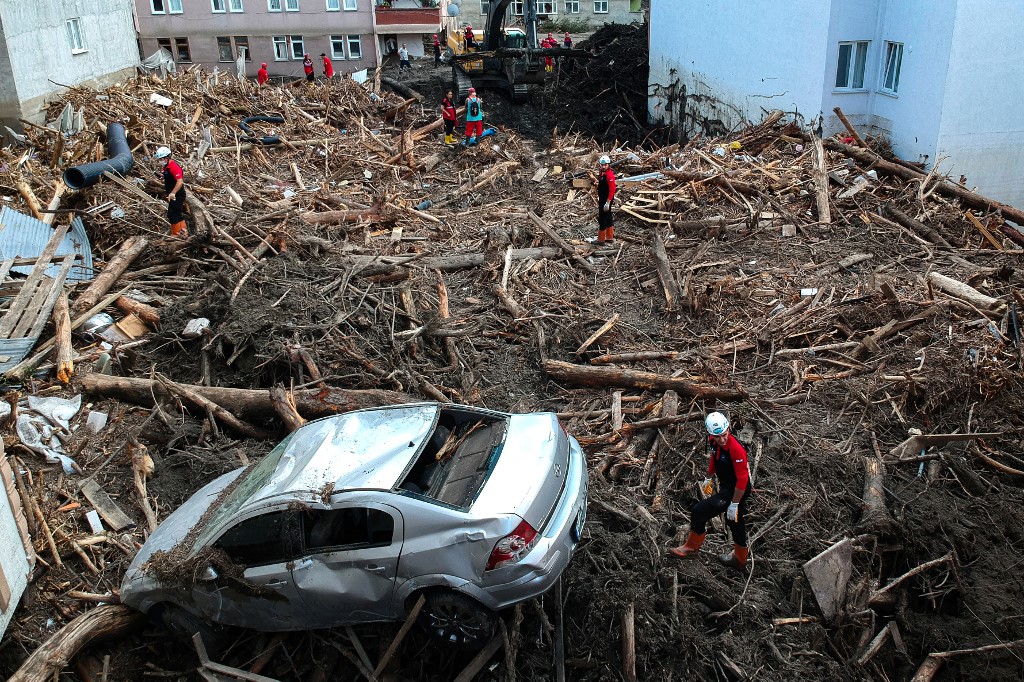 Rescuers looks through the debris following flash floods in the town of Bozkurt in the district of Kastamonu, in the Black Sea region of Turkey on August 15, 2021. (Photo: AFP)

Floods caused by heavy rain hit the Black Sea region in the north of the country on Wednesday, leaving 52 dead in the province of Kastamonu. Nine died in the Sinop province and one in the Bartin province, said a statement by the Disaster and Emergency Management Authority.

Rescue efforts in the three provinces continue as 77 others as still missing, Interior Minister Suleyman Soylu said on late Saturday.

Turkey has been battling disaster on two fronts as the country newly gained control of wildfires that killed eight people and destroyed swathes of forest along its southwestern and southern coasts.