WORLD Death toll from floods reaches 156 in Germany, 183 for Europe

Death toll from floods reaches 156 in Germany, 183 for Europe

The death toll from devastating floods has risen to 156 in Germany, AFP reported, citing police on Sunday morning, bringing the total to at least 183 fatalities from the disaster in western Europe. 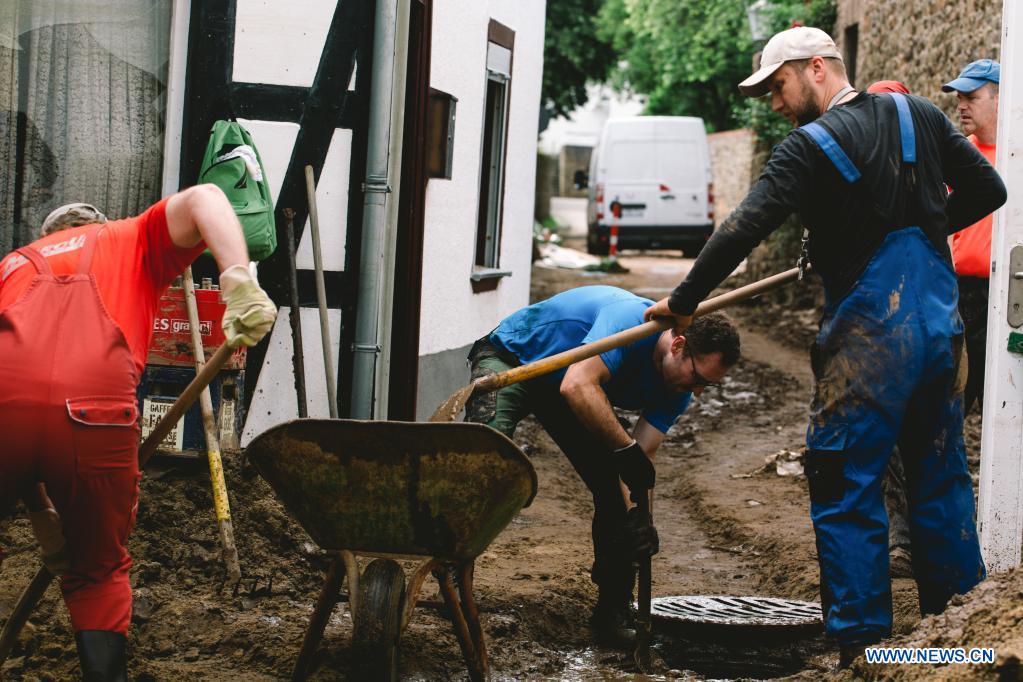 In Rhineland-Palatinate state alone, one of the worst-hit regions in western Germany, police reported 110 dead, up from 98 previously.

"It is feared that other victims will be added," police said in their statement, which also gave at least 670 injured in the region alone.