Greek authorities have released the names of those who died in the country's deadliest forest fire in decades, a list that includes several families. 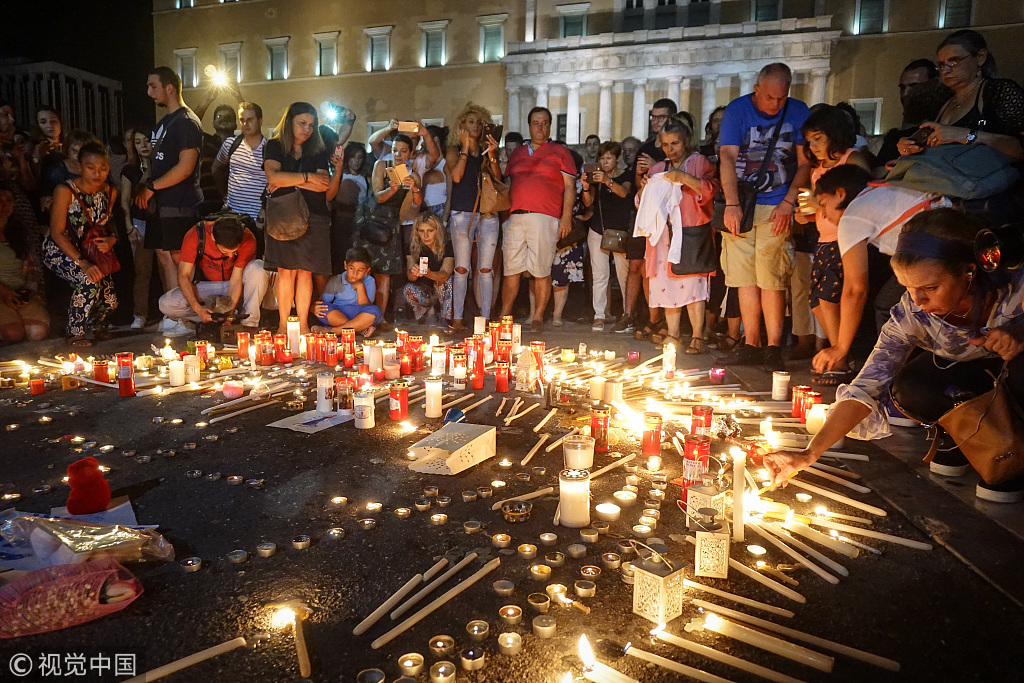 People gathered outside the Hellenic Parliament in memory of the victims of the deadly wildfires in Eastern Attica, Greece. File photo: VCG

The death toll from the July 23 fire at the seaside resort of Mati rose to 93 on Thursday, after a 78-year-old woman in intensive care died of her injuries. She's the 10th person to have died in the hospital from injuries sustained in the fire. Another 34 fire victims remain hospitalized, including six in intensive care.

More than half of those who died were over 60, the list revealed, including some who perished with their grandchildren. In all, 11 children died in the fire, including two sets of twin girls and a 6-month-old infant, the son of a firefighter called to duty that day.