MEXICO CITY, Aug. 15 (Xinhua) -- At least 1,297 people have died in a strong earthquake that struck Haiti on Saturday morning, the nation's civil protection agency said in an updated statement on Twitter on Sunday. 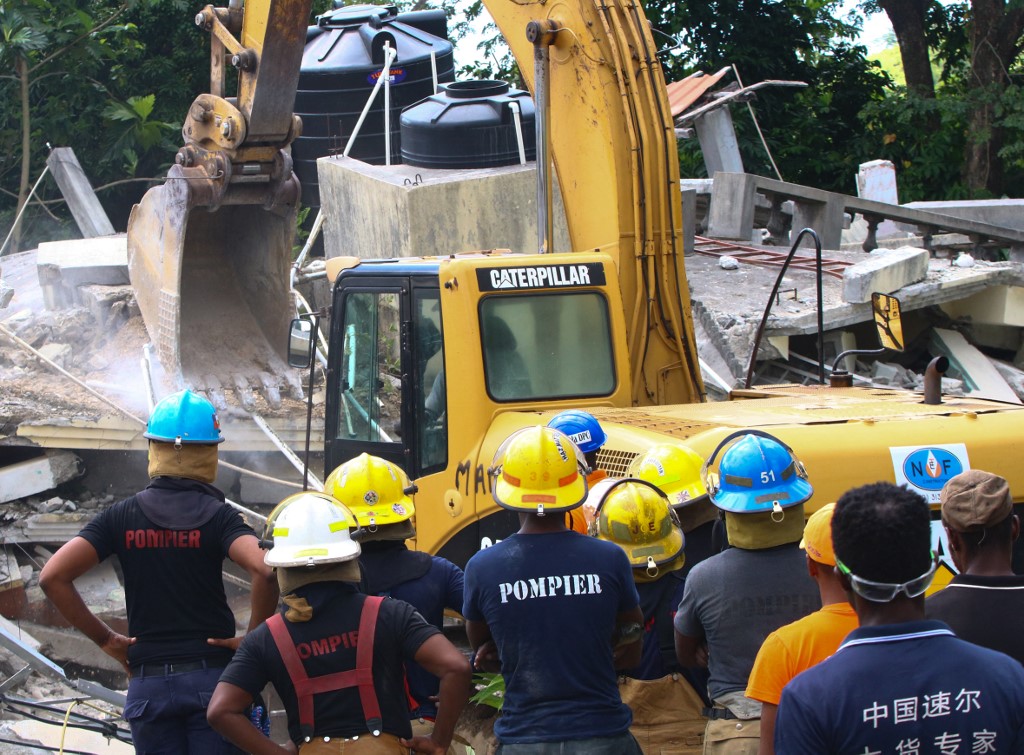 Rescue workers search through destroyed buildings in Les Cayes on August 15, 2021, after a 7.2-magnitude earthquake struck the southwest peninsula of the country. (Photo: AFP)

The injuries also doubled to more than 5,700, according to the civil protection agency, which reported earlier Sunday that 724 deaths and over 2,800 injuries have been recorded from the earthquake.