WORLD Death toll from heavy rains rises to 14 in Brazil

Death toll from heavy rains rises to 14 in Brazil 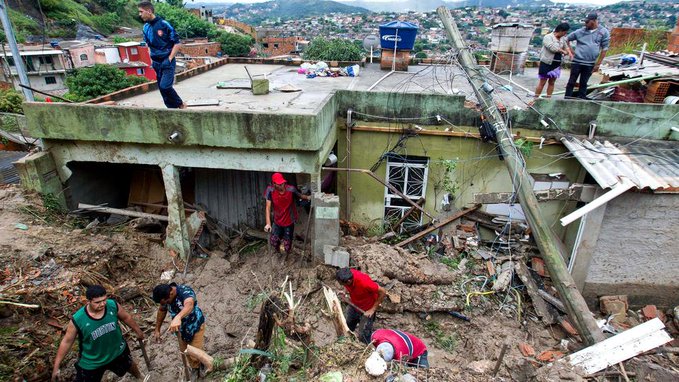 RIO DE JANEIRO, Jan. 25 (Xinhua) -- The death toll from heavy rains in Belo Horizonte in the southeastern Brazilian state of Minas Gerais has risen to 14, the state civil defense department said on Saturday.

The 14 victims were found in Belo Horizonte city and the metropolitan areas of Ibirite and Betim, Rodrigo Rodrigues, head of the fire department, told local news channel TV Globo.

In addition to the deaths, seven people were injured, 2,590 were forced to evacuate, and 911 were sheltered, Rodrigues said.

According to Brazil's National Institute of Meteorology, Belo Horizonte, the capital of Minas Gerais state, registered 171.8 mm of rainfall over the course of 24 hours on Friday, the highest recorded precipitation in the area in 110 years.