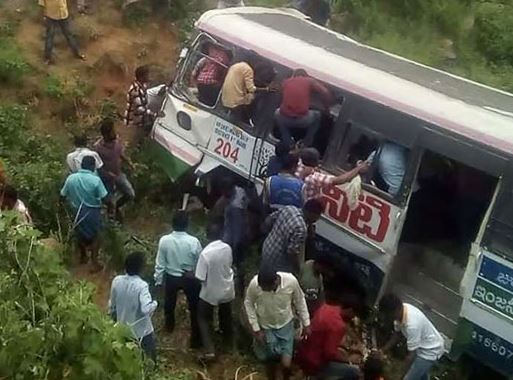 MUMBAI, Jan. 28 (Xinhua) -- The death toll from a state transport bus accident on Tuesday afternoon in India's state of Maharashtra rose to 20, with 30 other injured passengers admitted to the hospital, local police said.

The accident happened when the driver of the state transport bus lost control after one of the tyres burst and it collided with a three-wheeler auto and fell into a 70-foot well at Malegaon, 271 km northeast of Mumbai. The well near the highway was close to an open-air laundromat or lavoir.

The bus was travelling toward Nasik city while the three-wheeler vehicle had around seven passengers, local police said.

The death toll could rise further as it could not be ascertained whether any passengers were still stuck inside the bus and rescue operations were underway.

The state government has announced a monetary compensation for the dead and would bear the entire medical costs of injured victims.

Malegaon is a textile hub in India's southwestern state of Maharashtra