JAKARTA -- The death toll from floods, landslides and whirlwind in Indonesia's Central Sulawesi province climbed to 68 on Sunday with the number of evacuees reaching 6,757, disaster agency official said. 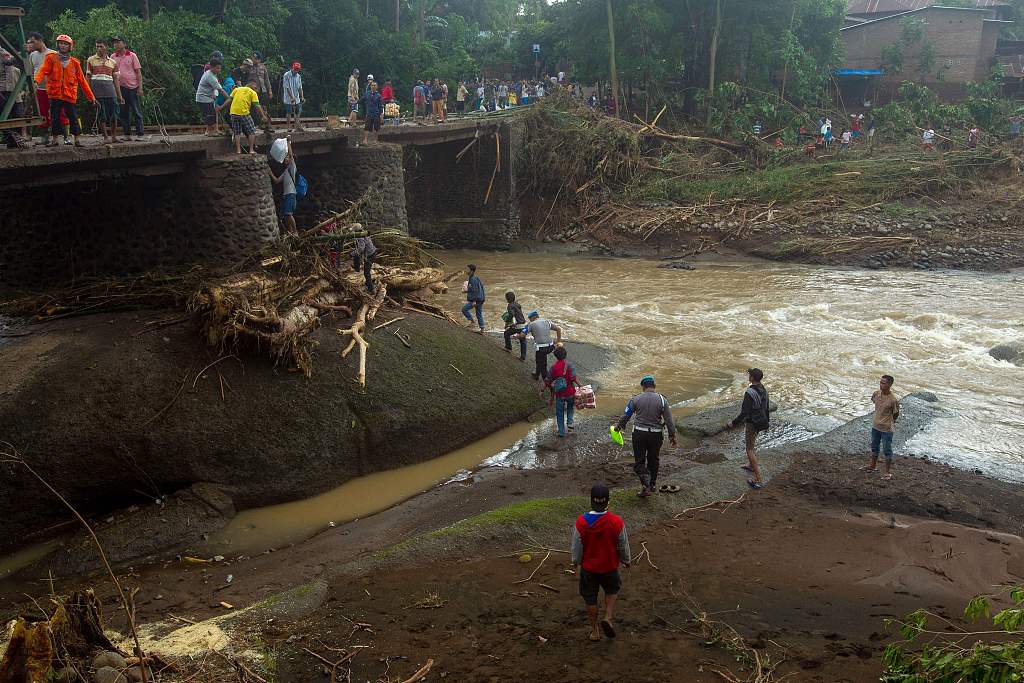 Evacuation of the victims and search for seven missing people continued, although the floodwater triggered by torrential rains which resulted in a dam burst on Tuesday has receded, spokesman of the National Disaster Management Agency Sutopo Purwo Nugroho said.

A total of 47 people sustained injury after the natural disaster struck 13 districts and a city in the province. The Gowa district and the provincial capital of Makasar were the worst hit, Sutopo said.

The floods damaged a total of 550 houses, 33 of which were swept away and five others were buried by sliding mud and rocks, the official said.

As many as 12 bridges, 65 schools, 12 mosques, two markets and eight government buildings were also destroyed, he said.

"The search for the seven missing and evacuation of the victims are underway," he told Xinhua.

Foods, medical services, sanitation facilities and others are among the dire needs of the affected people, particularly those in evacuation centers, according to Sutopo.

Field kitchens and temporary shelters for people displaced by floods and landslides have been set up, the disaster agency said.