The death toll from floods and landslides in Indonesia's western Bengkulu province and the capital of Jakarta jumped to 31 on Monday, while the search for 13 missing people was underway, disaster agency officials said. 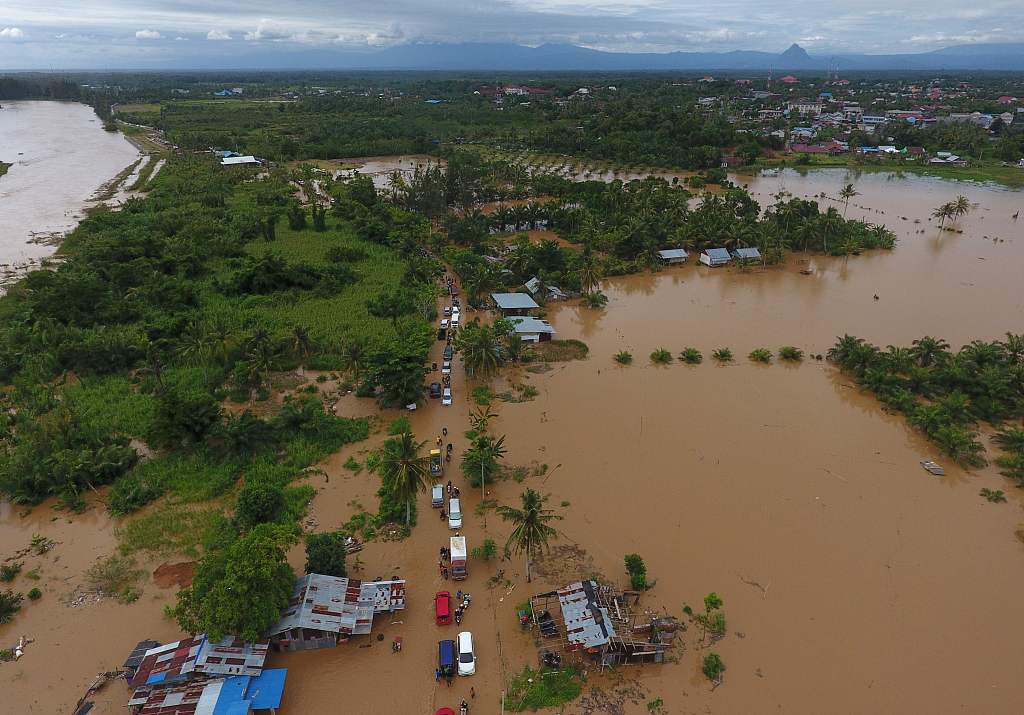 This aerial picture taken on April 27, 2019 shows a general view of submerged buildings after heavy rain caused flooding in Bengkulu on the Indonesian island of Sumatra. (Photo: VCG)

Floods and landslides have struck Bengkulu province since Friday, although the water have receded, but disaster agency official warned people to exercise caution as further torrential rains are expected. In Indonesia's capital of Jakarta, the floods have commenced receding, it said.

The death toll in the province rose to 29 on Monday, head of data and information of the provincial disaster management agency Abdul Rohman told Xinhua.

More than 12,000 people are taking shelters as the floods and landslides destroyed 184 houses, seven educational facilities, and 40 others infrastructure facilities, including roads, bridges, water channels and facilities in the province, said Rohman.

The disaster has damaged transport infrastructure and cut off electricity which has hampered communication and distribution of aids to affected areas, said Sutopo Purwo Nugroho, spokesman of the national disaster management agency.

"It is difficult to reach affected-areas as all the roads to the impacted areas are totally cut off. Distribution of aids is hampered," said Sutopo.

"The people are urged to keep on alert as the rains with high intensity are potential to pour down in Indonesia," he told Xinhua.

Head of communication for media of national search and rescue office Yusuf Latief said that search operation was conducted in the affected areas.

"The operation is prioritized in the impacted areas whose communities reported that there are people missing," he told Xinhua.

"Rubber boats and other equipment are being deployed to support the mission," said Yusuf.

Indonesia has been frequently hit by floods and landslides during heavy downpours.