JAKARTA, Oct. 5 (Xinhua) -- The death toll from Indonesia's multiple earthquakes and an ensuing tsunami in Central Sulawesi province jumped to 1,571, while search and rescue for the victims was extended, the disaster management agency said on Friday. 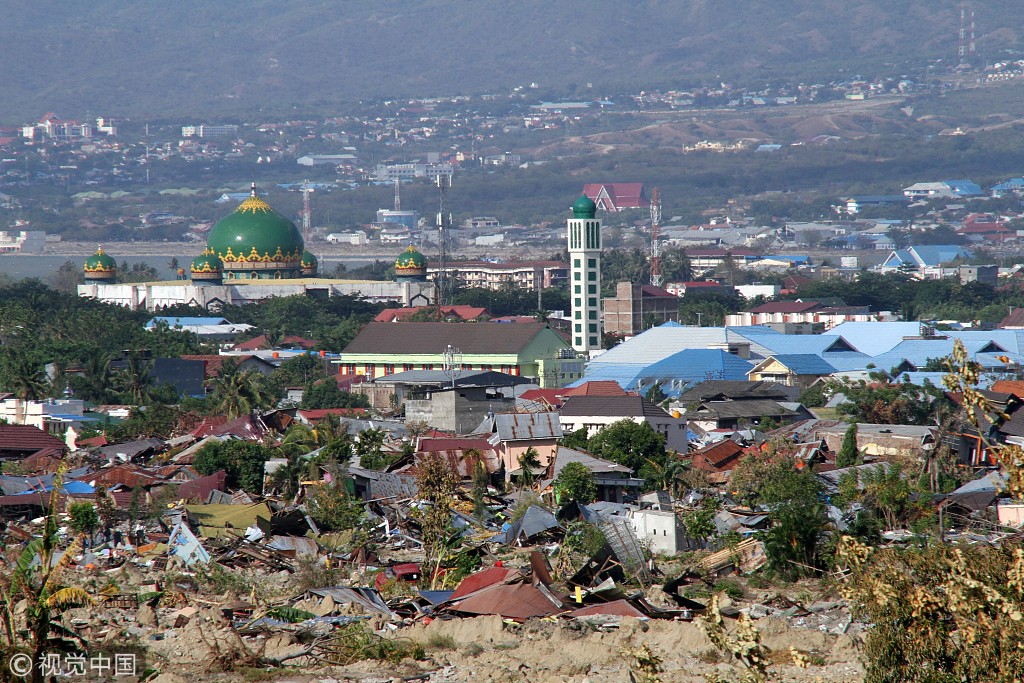 Damaged buildings are seen as evacuation of victims of the earthquake and tsunami by a joint team from National Search and Rescue Agency still continues in the village of Balaroa village of Palu, Central Sulawesi, Indonesia on October 4, 2018. (Photo: VCG)

Most of the casualties were recovered in Palu, the provincial capital, and the districts of Donggala, Sigi and Parigi Mountong, spokesman of national disaster management agency Sutopo Purwo Nugroho said.

A total of 1,551 bodies have been buried, most of them in mass funeral, the spokesman said.

Powerful and shallow earthquakes of 6.0, 7.4 and 6.1 magnitude and an ensuing tsunami devastated the province with the hardest-hit area in Palu, the provincial capital and Donggala district last Friday.

The tsunami with the height of 0.5 to 3 meters devastated coastal areas near Talisa beach in Palu city and Donggala district.

As many as 2,534 people have been injured severely, and are being treated in hospitals, the spokesman told a press conference.

By far, as many as 437 aftershocks occurred by Friday with the intensity weakening, said Sutopo.