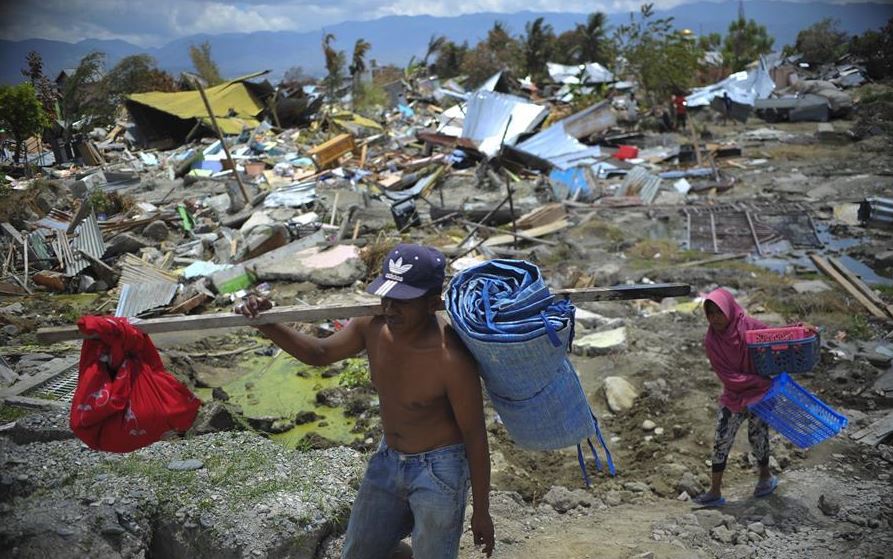 JAKARTA, Oct. 8 (Xinhua) -- Death toll from multiple- powerful quakes and an ensuing tsunami striking Central Sulawesi province of Indonesia on September 28 jumped to 1,948 on Monday and more than 5,000 others went missing, according to a disaster agency official here.

The number of people severely injured by the catastrophes climbed to 10,679, spokesman of the national disaster management agency Sutopo Purwo Nugroho said.

The quakes and tsunami forced a total of 74,444 people to flee home and take shelter in 147 evacuation centers as the deadly disaster destroyed 65,733 houses and 2,736 schools buildings, Sutopo added.

Scores of health facilities and some health clinics were also devastated, he said.

Most of the missing are believed to remain being buried in residential areas located in Balaroa and Petobo, due to a phenomenon called "liquefaction" during the quakes and soil movement, Sutopo said.

Powerful and shallow under-earth quakes of 6.0-, 7.4- and 6.1-magnitudes that triggered a tsunami devastated the province on Sept. 28, with the hardest-hit area being in Palu city and Donggala district.