A disaster official says the number of people killed after days of torrential rain triggered flash floods and landslides on Indonesia's Sulawesi island has climbed to 59 with 25 others missing. 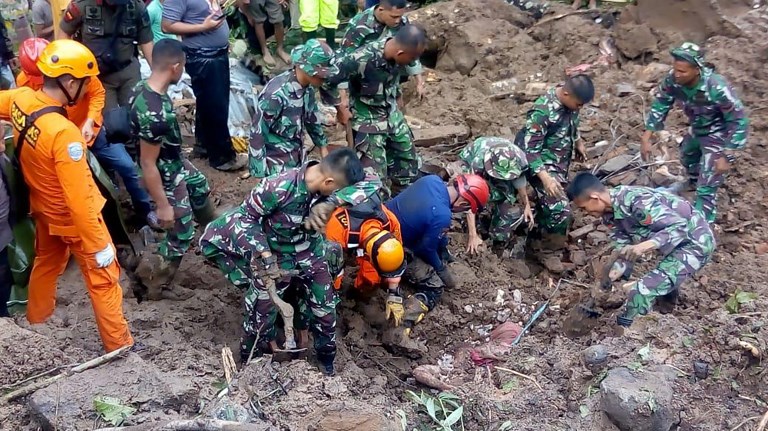 Indonesian rescuers search for survivors after a landslide in Gowa on January 25, 2019. (Photo: AFP)

Thirteen districts and cities in South Sulawesi province including the capital, Makassar, have been affected by flooding that began late Tuesday, forcing more than 3,000 people to flee their homes. Rescuers are still searching for 25 others.

Seasonal downpours cause frequent landslides and flash floods in Indonesia, a chain of 17,000 islands where millions live in mountainous areas or near fertile flood plains.