JAKARTA, Feb. 17 (Xinhua) -- At least 12 people have died in a landslide that hit a rural part of the Indonesian province of East Java on Sunday, while seven others remain missing, according to the latest figures released by the country's disaster mitigation agency on Wednesday. 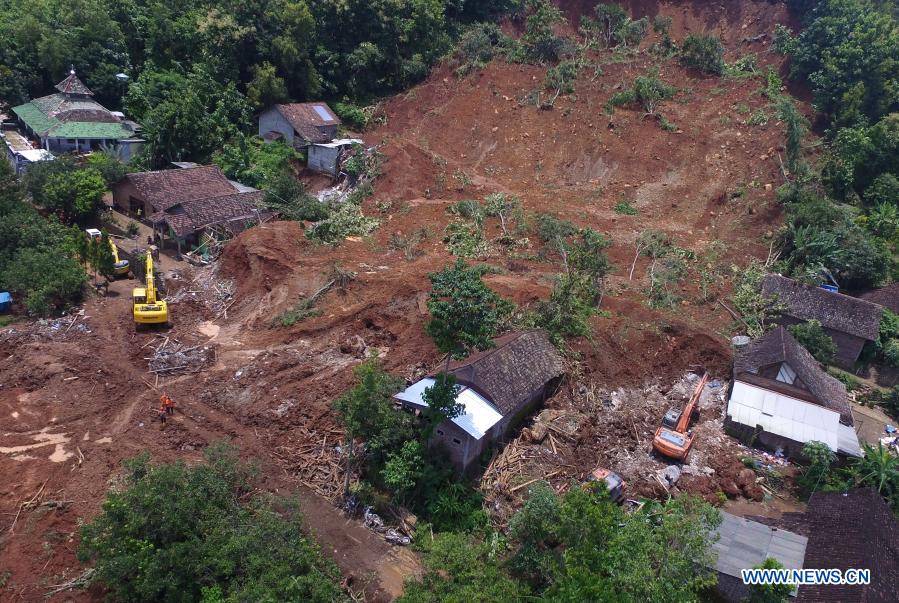 Aerial photo taken on Feb. 16, 2021 shows the Search and Rescue (SAR) team working at the site of a landslide at Ngetos village in Nganjuk district, East Java, Indonesia. (Photo: Xinhua)

As many as 20 people who were injured in the disaster have been treated at local clinics.

"Seven villagers are still missing as of last night. Rescue teams are still searching for and trying to evacuate victims who are believed buried by the landslide," the agency's spokesperson Raditya Jati said in a statement on Wednesday.

Authorities believe the landslide that occurred in Ngetos village in Nganjuk district, East Java on Sunday evening was triggered by moderate to high-intensity rainfalls.

Over 180 villagers were impacted by the disaster. About 100 people were forced to leave their houses and stay in temporary shelters in the village.

Landslides and floods are common in Indonesia during the rainy season.