GAZA, May 25 (Xinhua) -- The death toll from the Israeli airstrikes on the Gaza Strip that ended on Friday has reached 253, medics said on Monday. 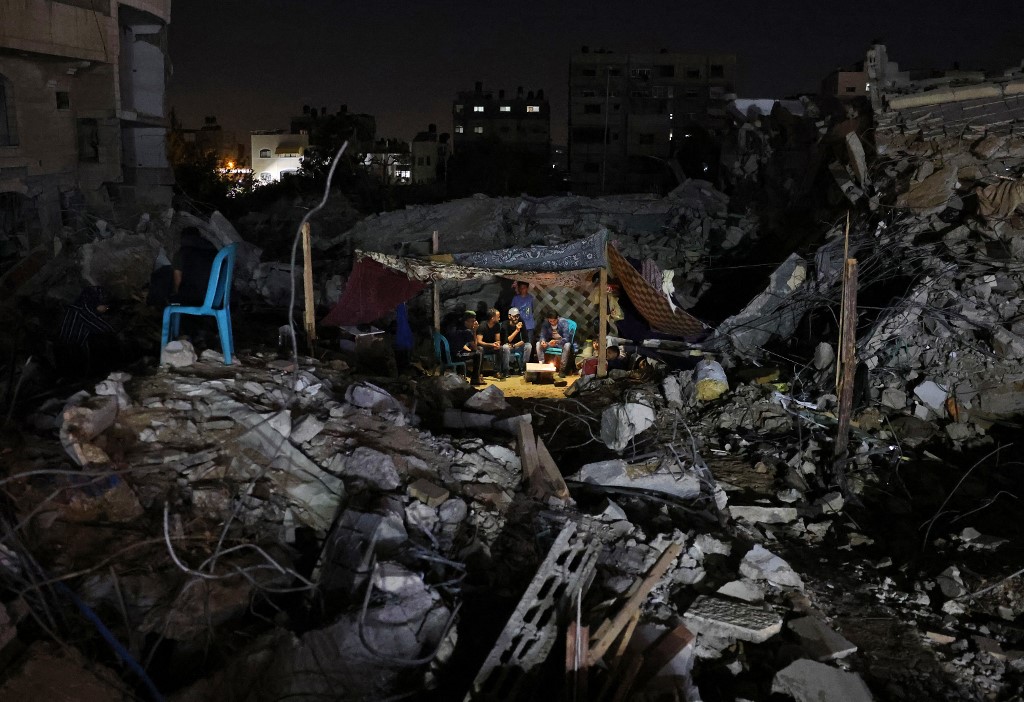 Palestinians sit in a tent that has been set up on top of the ruins of a building destroyed in recent Israeli air strikes, in Gaza City, on May 24, 2021. (Photo: AFP)

In an update on the death toll, the health ministry in Gaza said that 253 Palestinians were killed, including 66 children, 39 women and 17 elderly people, and 1948 were injured, including 20 in critical conditions.

On Monday, the ministry said in a statement that two young men succumbed to their critical wounds as a result of the Israeli airstrikes, adding that the corpses of four Palestinians were retrieved from under building rubbles.

On Friday, Egypt brokered a ceasefire between Israel and militant groups led by the Palestinian Islamic Resistance Movement (Hamas) in the Gaza Strip, ending 11 days of a tit-for-tat trade of fire between the two sides.

Meanwhile, the Hamas movement held a large popular rally in Gaza city to commemorate the Palestinians killed in the Israeli airstrikes on the Gaza Strip. Relatives and representatives of the Palestinian factions attended.

The Israeli measures in East Jerusalem, the clashes between the police and the worshipers at al-Aqsa Mosque and the decision to evict Palestinian families at Sheikh Jarrah neighborhood in the city ignited the round of violence in Gaza.