JAKARTA, Jan. 10 (Xinhua) -- The death toll from landslides in a village in Indonesia's province of West Java reached 13 on Sunday, local officials said. 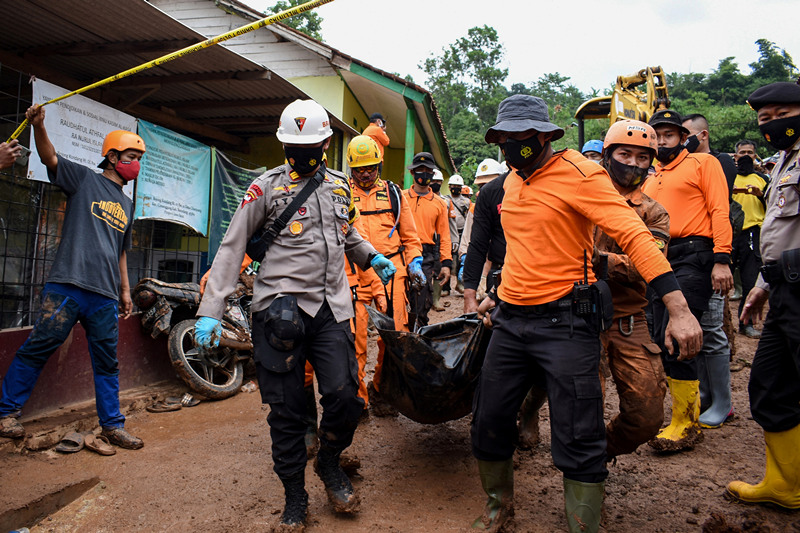 Rescuers carry the body of a victim after two landslides killed at least 11 people, including a six-year-old boy, with scores more missing in Sumedang, West Java province on January 10, 2021. (Photo: AFP)

"The rescue team found two other victims who died in the landslides, bringing the death tally to 13 until 1 p.m. (local time)," the head of provincial capital Bandung's Search and Rescue Agency, Deden Ridwansyah, told news portal Detik.com on Sunday.

Rescuers are still conducting searches for more victims in the landslides at Cihanjuang village in West Java on Sunday afternoon.

While officers were still evacuating victims around the first landslide area, another landslide occurred, he added.

Heavy rains were expected to continue in the upcoming days, the Meteorology, Climatology and Geophysics Agency (BMKG) has predicted.