WORLD Death toll from Mogadishu bombings jumps to over 40

Death toll from Mogadishu bombings jumps to over 40 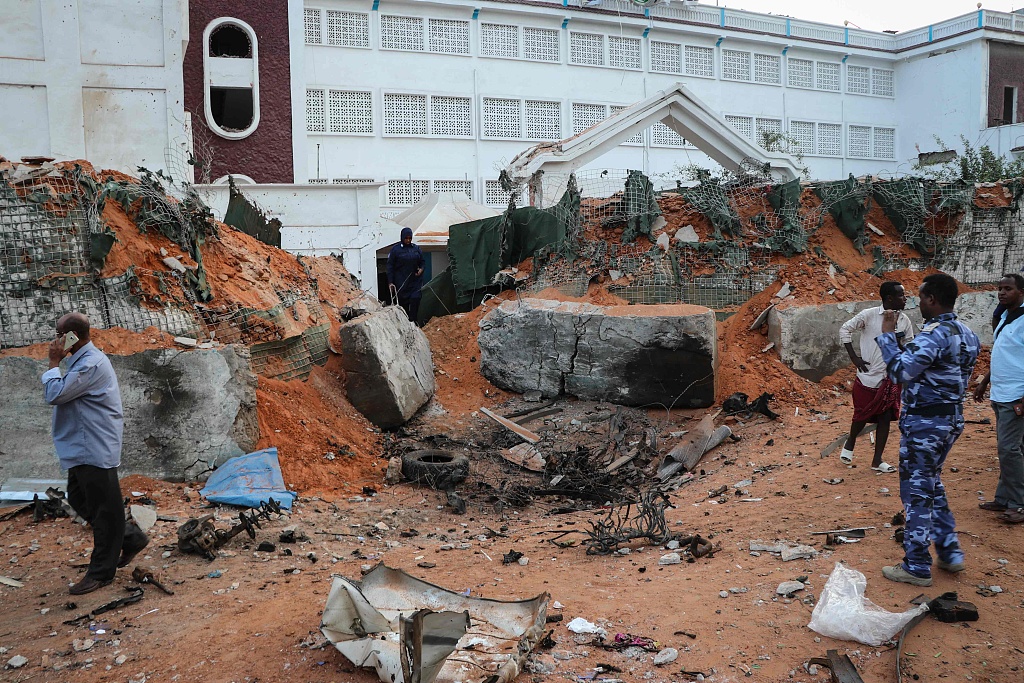 The remains of a vehile litters the scene following twin car bombs that exploded within moments of each other in the Somali capital Mogadishu on November 9, 2018. (Photo: VCG)

The death toll from a string of car bombings near a popular hotel in the Somali capital Mogadishu has jumped to at least 41, police said on Saturday.

Friday's attack was the latest in a wave of bombings by Al-Shabaab, an Al-Qaeda affiliate which has been fighting to overthrow the internationally-backed Somali government for over a decade.

Twin car bombs exploded within moments of each other, followed by gunfire and a third blast, sending thick plumes of black smoke into the sky.

"These terrorists have massacred civilians at a time when people were out to spend time during the weekend. I call on the Somali people to stand together against those killers," he told reporters.