MANILA, April 23 (Xinhua) -- The death toll from Monday's 6.1-magnitude earthquake that struck the Zambales province in the Philippine main Luzon Island has risen to 16, the government said on Tuesday. 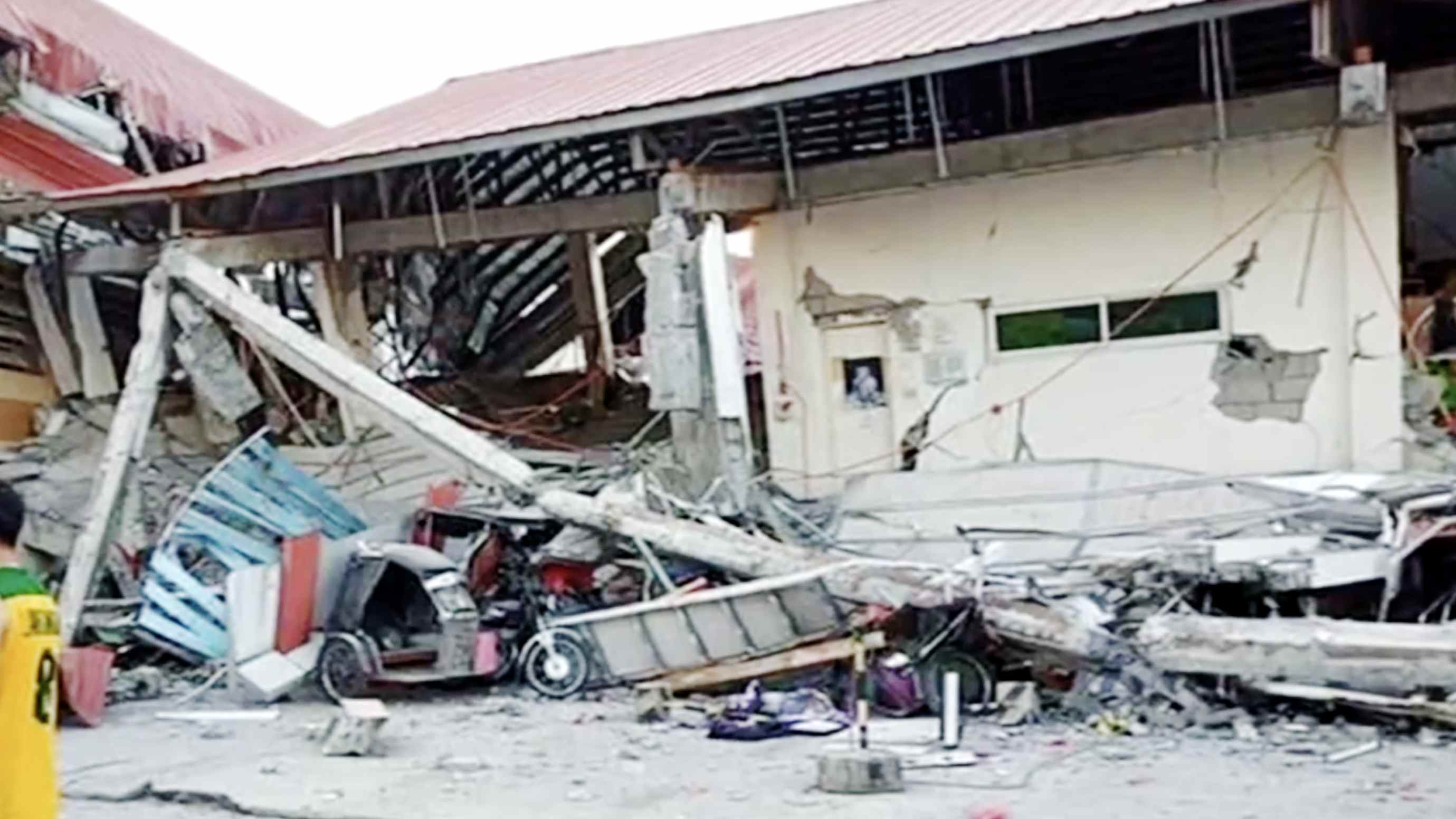 Ricardo Jalad, the executive director of the National Disaster Risk Reduction and Management Council (NDRRMC), said 81 people were also injured and 14 others remain missing in central Luzon provinces of Pampanga and Zambales.
Of the 16, the national disaster agency said five were pulled from the collapsed four-storey supermarket building in Porac town, seven from different villages also in Porac town, two in Lubao town, one in Angeles City, in Pampanga province and one in San Marcelino town in Zambales province.
A total of 29 structures and buildings were damaged, the NDRRMC said.
Monday's earthquake also caused landslide in San Marcelino town, prompting the government to evacuate about 120 families living around the mountain.
The Philippine Institute of Volcanology and Seismology (Phivolcs) said Monday's quake was detected at a depth of 12 km, about 18 km northeast of Castillejos, a town in Zambales province in the western part of Luzon.
The quake knocked down buildings and walls, and cracked road surfaces in Pampanga province and other parts of central Luzon. A number of churches, including a century-old Roman Catholic church, were also damaged.
It also shook high-rise buildings in Metro Manila, the Philippine capital, prompting office workers to dash out of the building offices.
Schools and offices in Metro Manila and outlying provinces were closed on Tuesday to make way for inspection of the buildings.
Less than 24 hours after the 6.1-magnitude rocked the Philippines on Monday, another 6.5-magnitude earthquake struck the San Julian town in Eastern Samar province in the central Philippines at 1:37 p.m. local time on Tuesday.
No casualty has been reported except one minor injury in Tuesday's earthquake so far.
The Philippines, which lies along the Pacific Ring of Fire, have numerous active faults and trenches on both sides of the archipelago. Phivolcs said several quakes rattle this archipelagic country every day, though most are not felt.
The geographic and geologic settings of the Philippines make this archipelagic country prone to earthquakes. Phivolcs records an average of 20 earthquakes a day and 100 to 150 earthquakes are felt per year.