The death toll from a major earthquake in the northern Philippines rose to 10 Friday after another four bodies were found in rubble, authorities said, as aftershocks continued to rock the mountainous region. 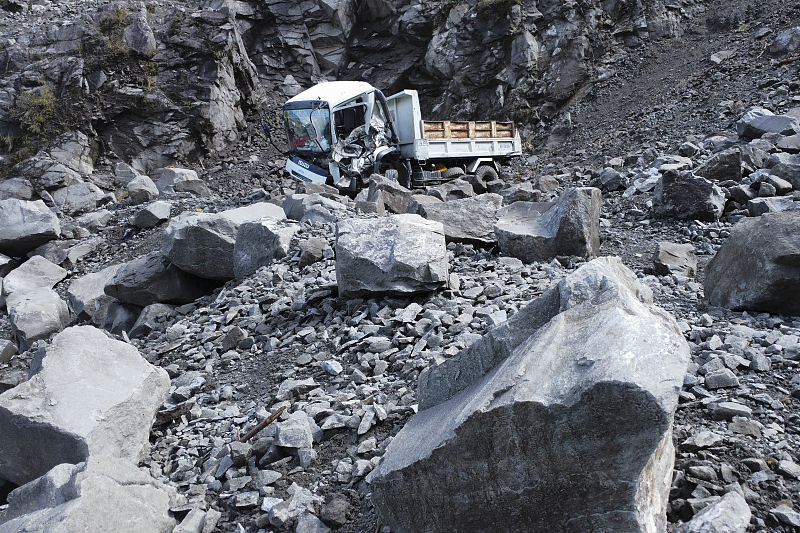 A damaged truck lies beside boulders after it fell along a road during an earthquake in Bauko, Mountain Province, Philippines, July 27, 2022. (Photo: CFP)

Rescuers in the town of Luba in the hardest hit province of Abra retrieved the remains of the men on a section of road that was buried by a landslide during Wednesday's 7.0-magnitude quake, the provincial civil defence office told AFP.

Landslides and collapsing structures killed six others in Abra and nearby provinces, authorities had said previously. More than 150 people were injured.

The powerful quake rippled across the hilly region, damaging thousands of homes as well as toppling buildings and shaking high-rise towers hundreds of kilometres away in the capital Manila.

Military helicopters were flying food aid and other emergency supplies to the region, where nearly 5,000 people remained in evacuation centres, the social welfare department said.

More than a thousand aftershocks have been recorded since the quake hit, the state seismology office said Friday.

The Philippines is regularly rocked by quakes due to its location on the Pacific "Ring of Fire", an arc of intense seismic activity that stretches from Japan through Southeast Asia and across the Pacific basin.