WORLD Death toll from quakes, tsunami in Indonesia jumps to 1,649

Death toll from quakes, tsunami in Indonesia jumps to 1,649 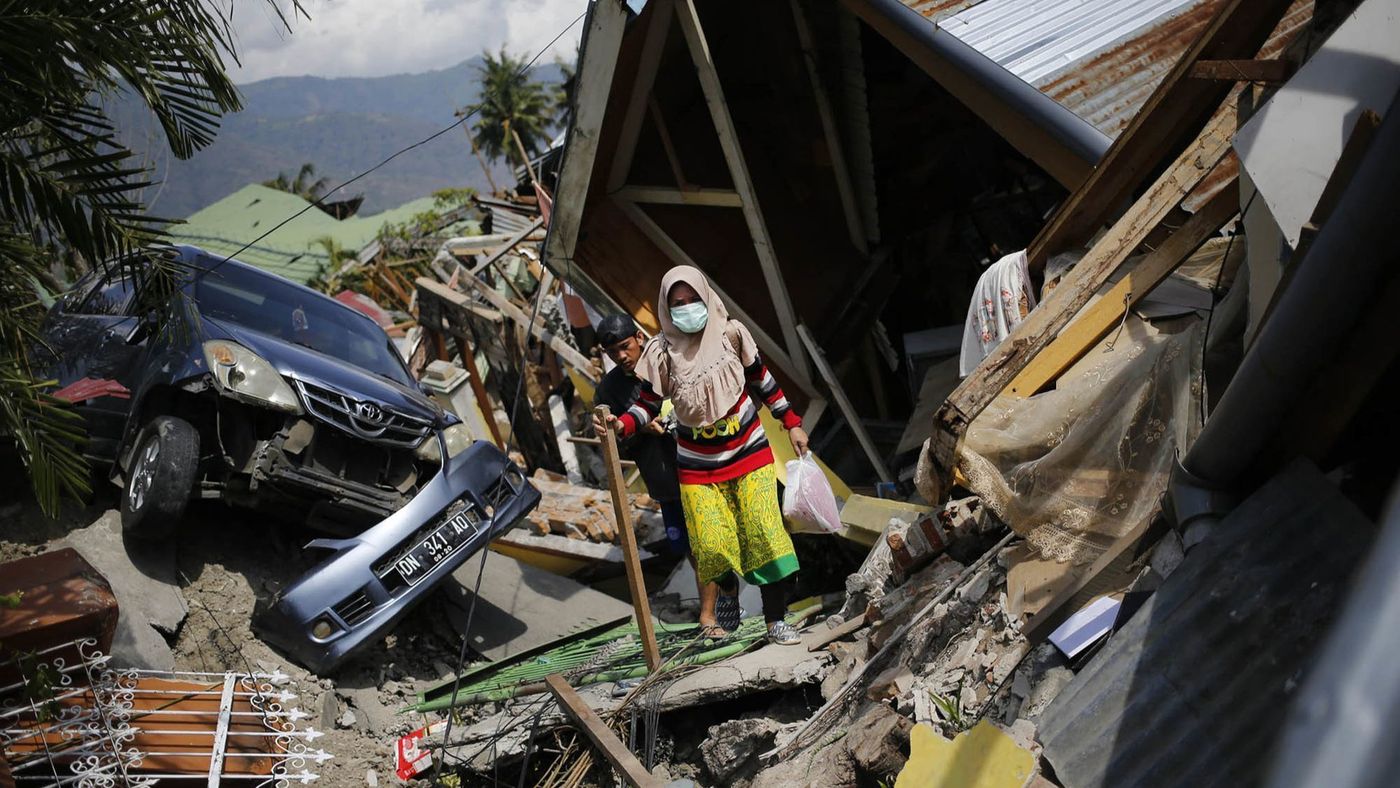 A woman makes her way through the rubble of homes in the Balaroa neighborhood of Palu in Central Sulawesi, Indonesia, on Oct. 2, 2018. (Photo: AP)

Among the victims, 1,413 were recorded in Palu, the provincial capital of Central Sulawesi as the city was stricken by both quakes and a tsunami on September 28, Sutopo said.

"Most of the victims were found in Palu and they were hit by tsunami, particularly in the coastal areas near Talise beach," the spokesman said.

The remaining victims were recorded in the districts of Donggala, Sigi, Parigi Moutong of Central Sulawesi Province and Pasang Kayu of nearby West Sulawesi province, Sutopo said.

The quakes and the tsunami also left 2,549 people injured, with 265 people still missing, the spokesman said.

The number of people taking shelter in makeshift tents stand at 62,369 now, he added.