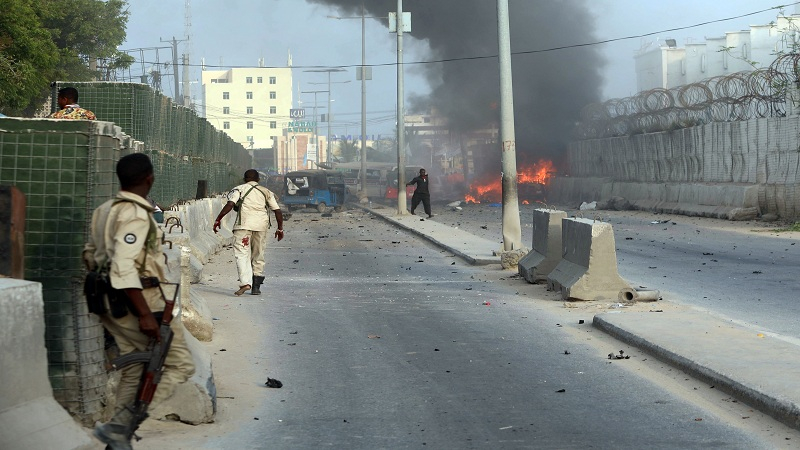 The deathtoll continues to rise from an Al-Shabab attack on Friday in Mogadishu, Somalia. (Photo: CGTN)

AP reports that Somali hospital and police sources say the death toll has risen to 53 with over 100 injured.

After the three explosions in front of the hotel, a fourth blast hit as medics attempted to rescue the injured.

Islamic militant group al Shabaab, which has ties to al Queda claimed responsibility for the attack.

Ahmed Yusuf, a nurse at Madina hospital, said that Mogadishu's hospitals are coping to treat the influx of wounded victims who continued to come in Saturday.

Somalia has been engulfed by violence and lawlessness since dictator Mohamed Siad Barre was toppled in the early 1990s.