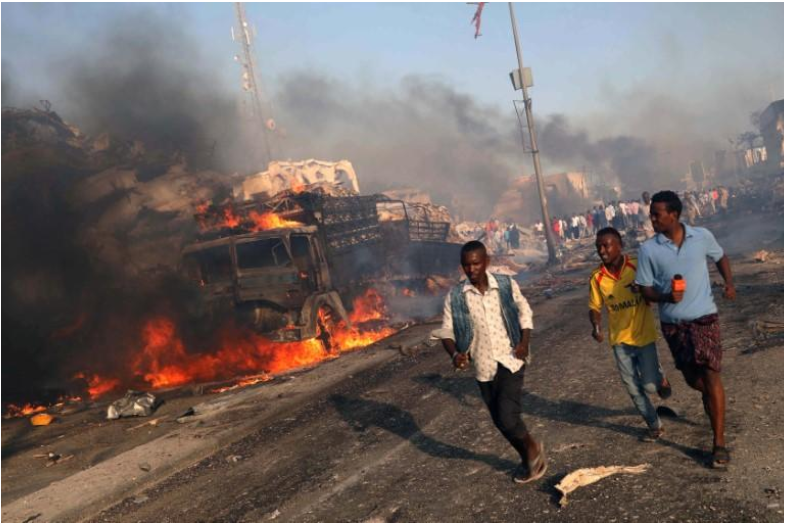 Civilians evacuate from the scene of an explosion in KM4 street in the Hodan district of Mogadishu, Somalia October 14, 2017. REUTERS/Feisal Omar

The number killed in twin bombings in the Somali capital Mogadishu last weekend has risen to 358, the government said late on Friday.

As well as the confirmed death toll, 228 people were injured in what was the deadliest attack in the country’s history, Somalia’s news agency quoted the information and internal security ministers as saying.