WORLD Death toll from tornado outbreak rises to at least 34

Death toll from tornado outbreak rises to at least 34 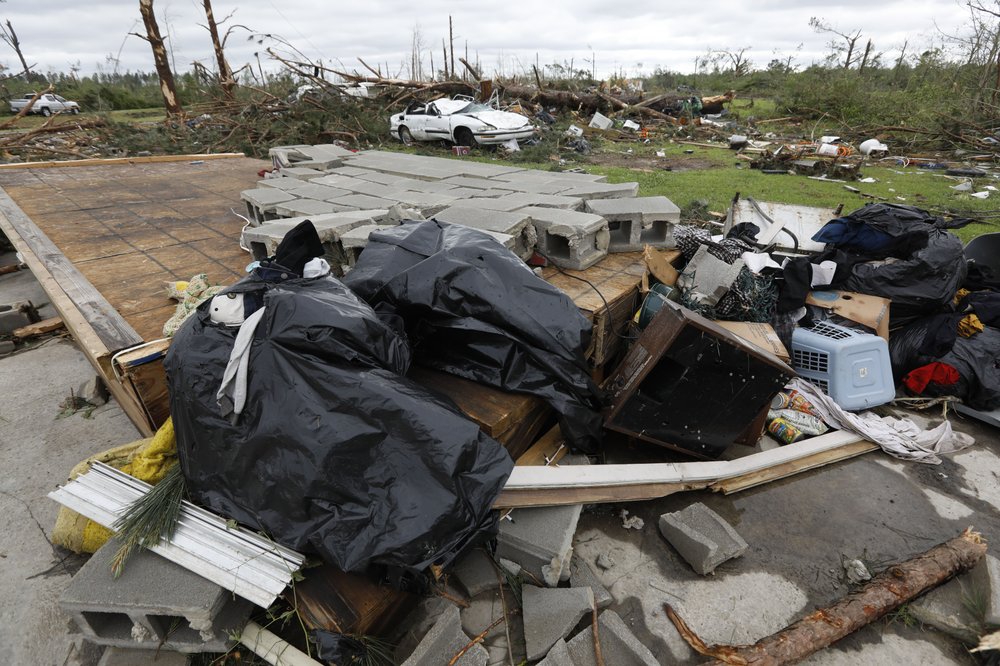 Bags of recovered clothing rest on what remains of the floor in Mama D's Bar and Grill in Bassfield, Miss., Monday, April 13, 2020. The business was one of many in Mississippi destroyed by one of a number of tornadoes, Sunday afternoon and evening. (Photo: AP)

The death toll from a tornado outbreak that ravaged the South rose to at least 34 on Tuesday as Mississippi officials said a 12th person had died there.

The storms claimed lives in at least six states, and the National Weather Service said preliminary assessments found evidence that at least 27 twisters struck the region. The strongest twister was an EF-4 tornado that devastated southeastern Mississippi with winds as fast as 170 mph (273 kph).

Hundreds of homes and businesses were damaged or destroyed, and heavy rains caused flooding in some areas. Nashville, Tennessee, broke a 71-year-old record by receiving 2.23 inches (5.66 centimeters) of rain in a day, the weather service said.

Damage occurred up the East Coast, with a flurry of tornado warnings issued in Delaware after storms left the Southeast.

Cleaning up and helping people after the storms was complicated by social distancing guidelines and shutdowns meant to safeguard against COVID-19, the disease caused by the new coronavirus.

The head of disaster relief for the Southern Baptist Convention, Sam Porter, said volunteers teams were out wearing protective masks and avoiding personal contact as they fed storm victims and used chainsaws to remove fallen trees.

“We’ll adapt our methods but we’ll still be there when the world falls apart,” Porter said.