Death toll from train derailment in Eastern India rises to 7 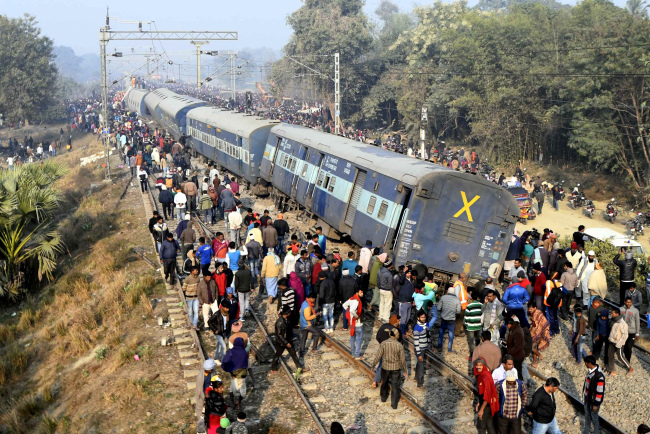 The rescue and relief work at the accident site where a train derailed in India's eastern state of Bihar early Sunday has been completed and death toll has risen to seven after one of the seriously injured passengers died, said official sources.

All the injured passengers have been admitted in nearby hospitals. As of now, three people are grievously injured and as many as 27 passengers sustained minor injuries in the train accident, said a statement issued by the Indian Railways. 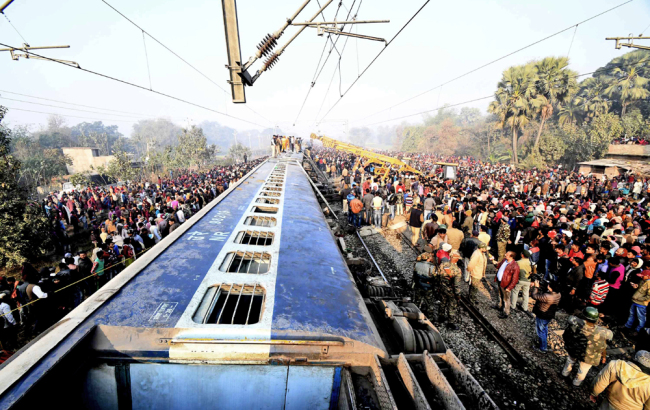 Rescue workers look for survivors as locals stand around the derailed coaches of a train , 30 kilometers (20 miles) north of Patna, the Bihar state capital of India, Sunday, Feb. 3, 2019.(Photo: AP)

Chairman of the Railway Board Vinod Kumar Yadav and other senior officials rushed to the accident site as soon as they received the news of the accident.

The statement further stated that a total of 11 coaches of the train "12487 Seemanchal Express" derailed at the Sahadai Buzurg railway station in the Sonpur Division of "East Central Railway."

Indian Railways spokesperson Smita Vats Sharma said, "Adequate number of doctors are available at site. Ambulances have been pressed into service. All medical expenses of the injured passengers will be borne by Railways."

"Adequate free catering arrangements have been made at site and at hospitals for passengers. Commercial officers with teams are deployed at Hajipur and Danapur railway stations," Sharma added.

Arrangements for refunds to the passengers who do not continue their journey have been ensured at different stations, added the statement.

The "12487 Jogbani-Anand Vihar Seemanchal Express" was reportedly running at full speed and the passengers were asleep when the accident occurred at around 4:00 a.m. local time (2230 GMT Saturday).

The train was scheduled to reach Delhi's Anand Vihar railway station at around 9:00 p.m. local time on Sunday.