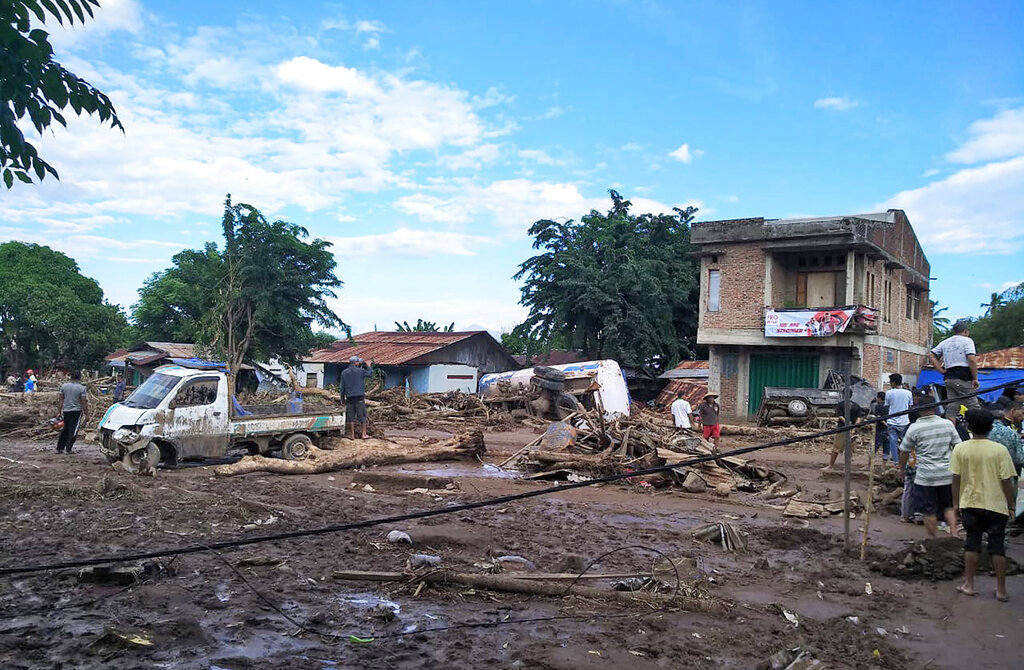 JAKARTA, April 13 (Xinhua) -- The death toll from the tropical cyclone Seroja that recently hit Indonesia's province of East Nusa Tenggara was revised to 178 with 47 people still missing, according to the latest official data.

The death toll was revised from 179 as informed by the province's Deputy Governor Josef Nae Soi on Monday evening.

At a virtual press conference held by the country's disaster mitigation agency on Tuesday afternoon, the provincial official also said that the number of evacuees has decreased.

At least 7,895 people are still staying in temporary shelters compared to the previous number of evacuees at 34,838, according to him.

He also said that at least 259 people still suffered from injuries caused by the flash floods and landslides triggered by the cyclone earlier in April.