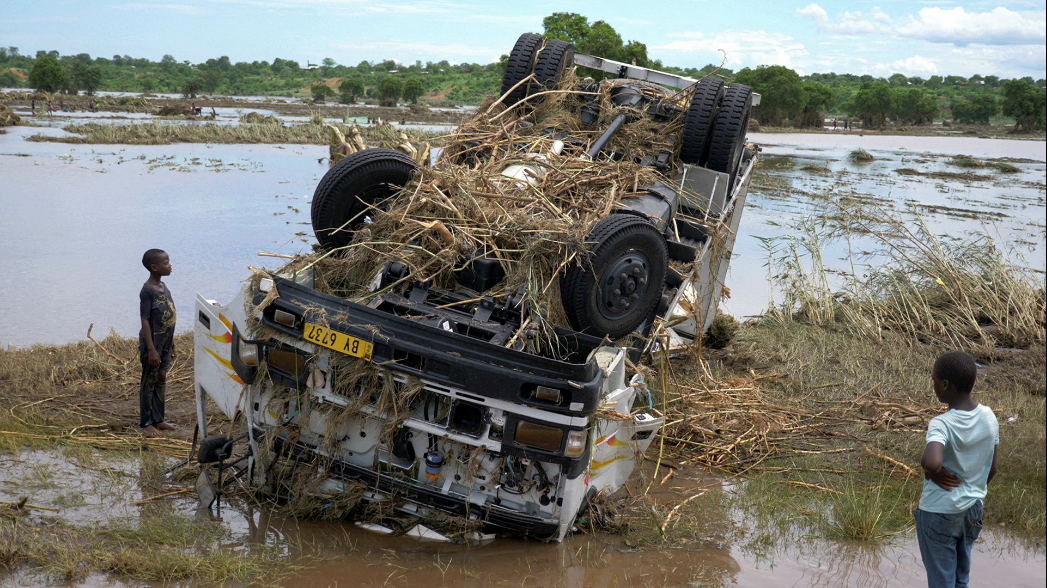 Locals look at a vehicle washed away during Tropical Storm Ana on the flooded Shire river, an outlet of Lake Malawi at Thabwa village, in Chikwawa district, southern Malawi, January 26, 2022. Eldson Chagara/Reuters

Storm Ana passed over Madagascar on January 22, adding to days of already intense rainfall. The country declared a state of disaster on Thursday night, reporting a rise in the death toll from Ana to 48, with people killed by landslides and collapsing buildings or washed away.

Ana then made landfall in Mozambique on January 24, where 18 have been reported dead, before moving inland to Malawi, where it triggered massive power cuts. Malawi's death toll rose to 20 on Thursday.

Across all three nations, Ana has affected hundreds of thousands of people and led to widespread flooding and destruction, according to the United Nations.