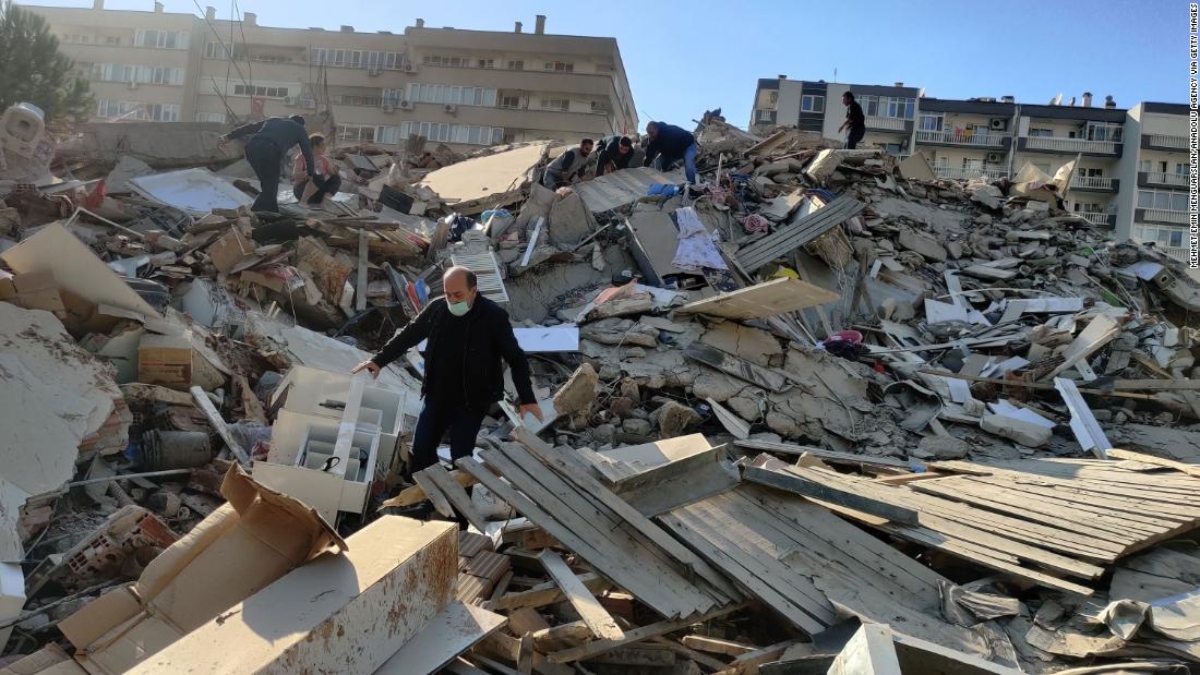 ISTANBUL, Oct. 31 (Xinhua) -- Turkish Health Minister Fahrettin Koca said on Saturday that the death toll in the strong earthquake that hit Turkey's western province of Izmir has increased to 35.

Speaking to reporters in Izmir, Koca said 243 people are under treatment in the hospitals, while eight others in intensive care units, three of whom are in critical condition.

Koca said earlier that at least 885 people were wounded in the tremor, which struck the Aegean Sea off the Seferihisar district on Friday.

The minister also urged citizens in the disaster areas to strictly follow the coronavirus-related rules to reduce the infection risk.

Meanwhile, rescue teams saved a mother and her three children from rubble 23 hours after the earthquake.

Another citizen was rescued from the debris of an apartment building 26 hours after the quake, according to press reports.

Rescue operations are continuing nonstop to reach more survivors trapped in the ruins.