Death toll in building collapse in India's Mumbai rises to 14 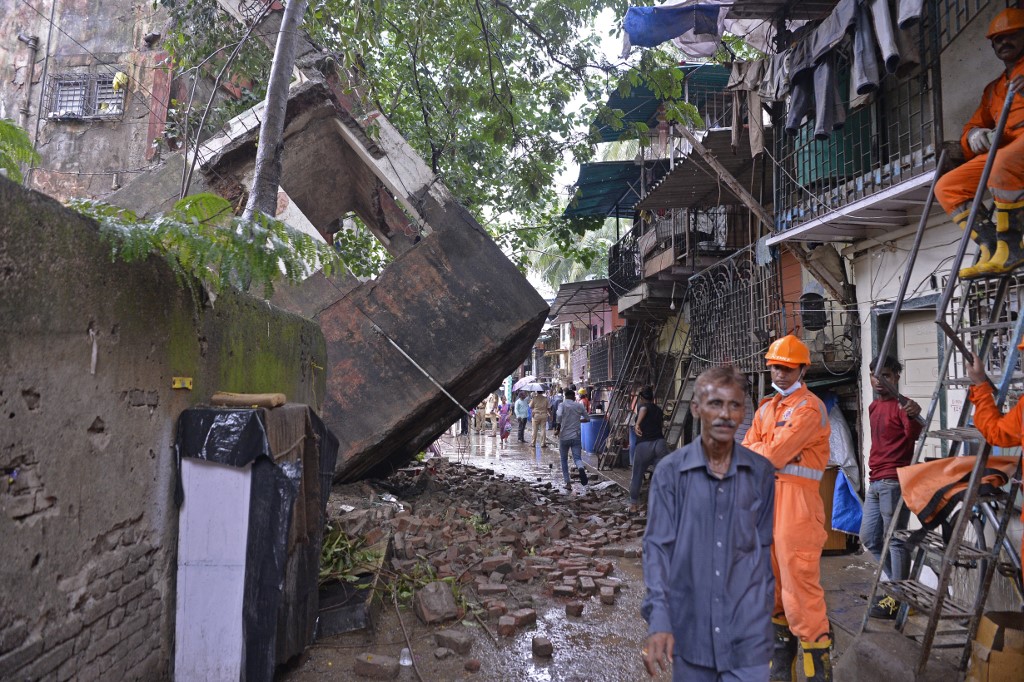 Rescue workers stand beside the collapsed building in Mumbai on June 28, 2022. (Photo: AFP)

MUMBAI, June 28 (Xinhua) -- Death toll in the four-storey building collapse in India's Mumbai rose to 14 while rescue operations were underway on Tuesday evening.

The dilapidated building that collapsed on the intervening night of Monday and Tuesday, saw several persons being trapped under the debris.

Of the total number of 27 injured persons, 14 were reported dead while nine persons were discharged after treatment, and the remaining four are undergoing treatment at the civic hospital, said the city civic body, BrihanMumbai Municipal Corporation (BMC), on its social microblogging site.

Ahead of the monsoon season that starts from June to September, the BMC had identified 337 dilapidated buildings across Mumbai, down from 465 buildings last year.

The annual survey of dilapidated buildings is being conducted before the monsoon season to prevent loss of life and property in case of building collapse.

The five-decade-old structure that collapsed was declared dilapidated by the BMC around nine years ago in 2013. However, residents got a structural audit done in the year 2016, which stated that the building was repairable.

BMC Commissioner Iqbal Singh Chahal who visited the site said that the urban body will conduct an inquiry into the incident and recheck the structural auditor's report.

The rescue operations were slow due to rains, said a spokesperson from the disaster response team, which has rescued three people from the debris.