PHNOM PENH, June 24 (Xinhua) -- The death toll in the collapse of a seven-story under-construction building in southwestern Cambodia's Preah Sihanouk Province early Saturday, has risen to 24, according to the latest report released by the rescue team on Monday. 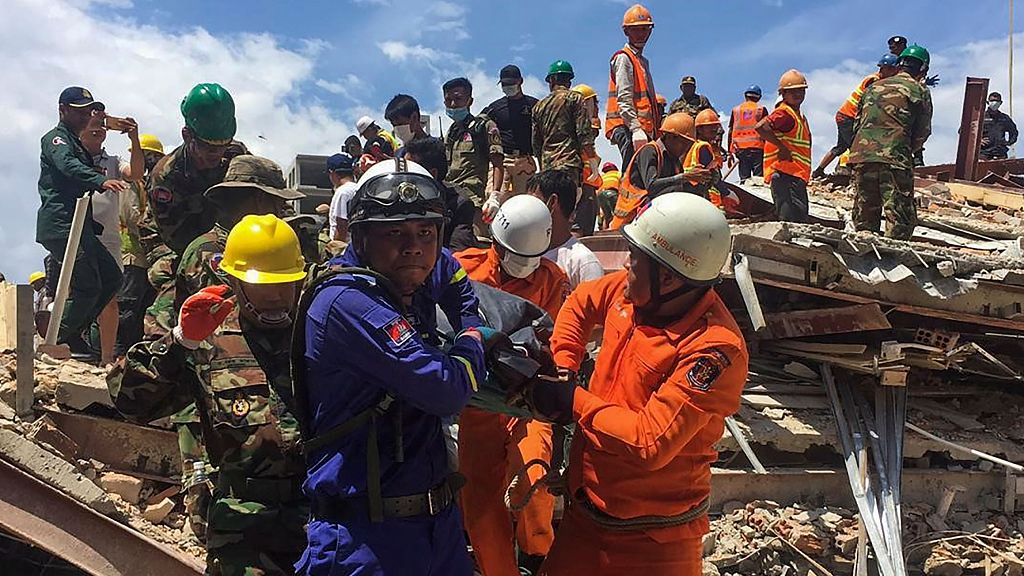 Cambodian Prime Minister Samdech Techo Hun Sen headed to Sihanoukville, common name of the province, on Sunday evening to oversee the rescue operation, according to a post on his Facebook page.

The Chinese Embassy to Cambodia issued a condolence statement on Sunday, expressing its deepest sympathy to the victims in the accident.

The embassy immediately reached out to Chinese enterprises and chambers of commerce in Cambodia, mobilizing human resources, materials as well as equipment including large excavators to help with the rescue, the statement said.

Preah Sihanouk Provincial Governor Yun Min told Xinhua that it was believed that between 40 and 50 construction workers were asleep in the building when it collapsed.

Seng Loth, a spokesman for the Ministry of Land Management, Urban Planning, and Construction, said the building was constructed without permission.

"It was an unlicensed project, and the provincial authorities had warned the developer twice, but they ignored the warnings," he told Xinhua.

He said competent authorities are investigating the cause of the building's collapse.

The accident happened in commune 4 in Sihanoukville, the provincial authorities said.